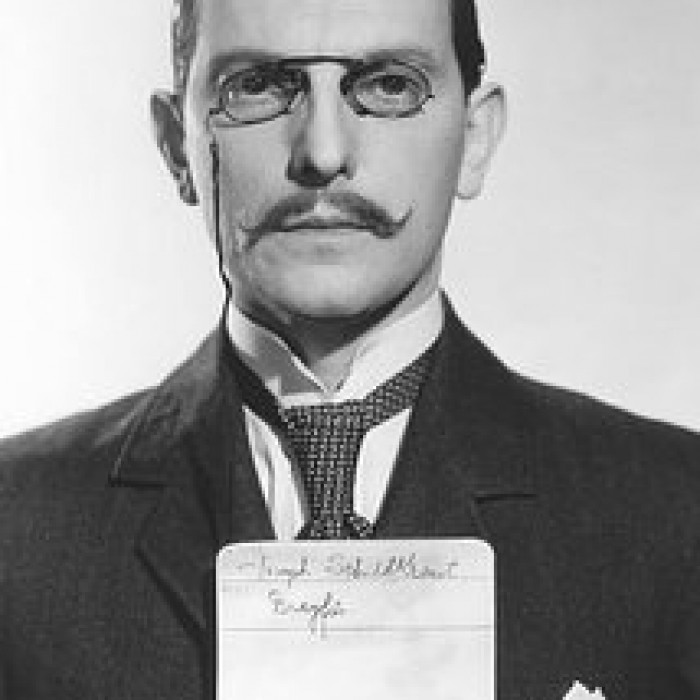 In 1921, Schildkraut played the title role in the first American stage production of Ferenc Molnár's Liliom, the play that would eventually become the basis for Rodgers and Hammerstein's Carousel.[5][6] He then began working in silent movies, although he did return to the stage occasionally.[7] He had early success in film as the Chevalier de Vaudrey in D. W. Griffith's Orphans of the Storm with Lillian Gish.[8] Later, he was featured in Cecil B. DeMille's epic 1927 film The King of Kings, as Judas Iscariot.[9] Schildraut's father Rudolf also appeared in the film.[10] Joseph Schildkraut also played a Viennese-accented, non-singing Gaylord Ravenal in the 1929 part-talkie film version of Edna Ferber's Show Boat.[10] The character as written in the 1929 film was much closer to Ferber's original than to the depiction of him in the classic Kern and Hammerstein musical play based on the novel as well as the 1936 and 1951 film versions of the musical, but the 1929 film was not a critical or box-office success.

Schildkraut was married three times. His first marriage was to actress Elise Bartlett in 1923; they divorced in 1931. He married Mary McKay in 1932; she died in 1961. In 1963, Schildkraut married Leonora Rogers, who survived him.[18] Schildkraut died at his home in New York City of a heart attack.[18]