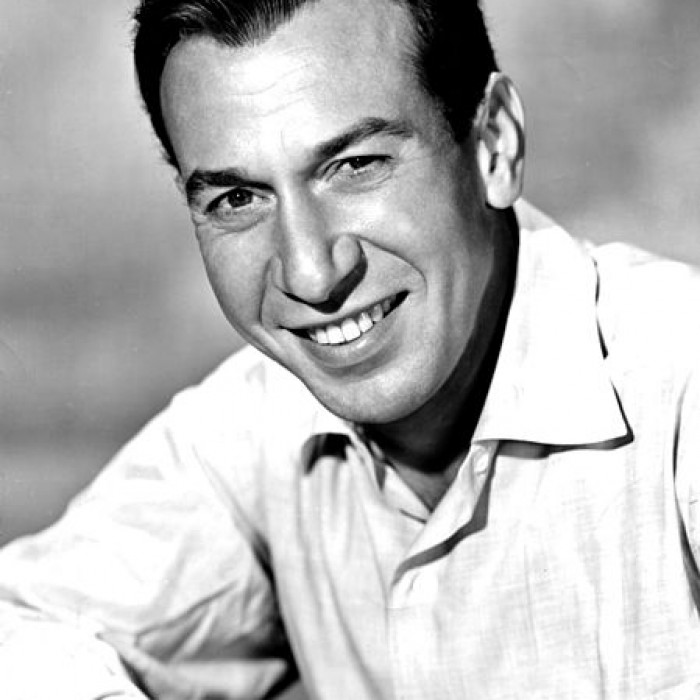 In 1947, Ferrer won the Tony Award for his theatrical performance of Cyrano de Bergerac, and in 1952, he won the Distinguished Dramatic Actor Award for The Shrike, and also the Outstanding Director Award for directing the plays The Shrike, The Fourposter, and Stalag 17.

Ferrer's contributions to American theatre were recognized in 1981, when he was inducted into the American Theater Hall of Fame. In 1985 he received the National Medal of Arts from Ronald Reagan, becoming the first actor to receive that honor. On April 26, 2012, the United States Postal Service issued a stamp in Ferrer's honor in its Distinguished Americans series.

Ferrer made his Broadway debut in 1935. In 1940, he played his first starring role on Broadway, the title role in Charley's Aunt, partly in drag. He played Iago in Margaret Webster's Broadway production of Othello (1943), which starred Paul Robeson in the title role, Webster as Emilia, and Ferrer's wife, Uta Hagen, as Desdemona. That production still holds the record for longest-running repeat performance of a Shakespearean play presented in the United States. His Broadway directing credits include The Shrike, Stalag 17, The Fourposter, Twentieth Century, Carmelina, My Three Angels, and The Andersonville Trial.

Ferrer may be best remembered for his performance in the title role of Cyrano de Bergerac, which he first played on Broadway in 1946. Ferrer feared that the production would be a failure in rehearsals, due to the open dislike for the play by director Mel Ferrer (no relation), so he called in Joshua Logan (who had directed his star-making performance in Charley's Aunt) to serve as "play doctor" for the production. Logan wrote that he simply had to eliminate pieces of business which director Ferrer had inserted in his staging; they presumably were intended to sabotage the more sentimental elements of the play that the director considered to be corny and in bad taste. The production became one of the hits of the 1946/47 Broadway season, winning Ferrer the first Best Actor Tony Award for his depiction of the long-nosed poet/swordsman (tied with Fredric March for Ruth Gordon's play about her own early years as an actress, Years Ago).

He reprised the role of Cyrano onstage at the New York City Center under his own direction in 1953, as well as in two films: the 1950 film of Edmond Rostand's play directed by Michael Gordon and the 1964 French film Cyrano et d'Artagnan directed by Abel Gance.

Ferrer would go on to voice a highly truncated cartoon version of the play for an episode of The ABC Afterschool Special in 1974, and made his farewell to the part by performing a short passage from the play for the 1986 Tony Awards telecast.

Ferrer made his film debut in the Technicolor epic Joan of Arc (1948) as the weak-willed Dauphin opposite Ingrid Bergman as Joan. Leading roles in the films Whirlpool (opposite Gene Tierney) (1949) and Crisis (opposite Cary Grant) (1950) followed, and culminated in the 1950 film Cyrano de Bergerac. He next played the role of Toulouse-Lautrec in John Huston's fictional 1952 biopic, Moulin Rouge.

Beginning circa 1950, Ferrer concentrated on film work, but would return to the stage occasionally. In 1959 Ferrer directed the original stage production of Saul Levitt's The Andersonville Trial, about the trial following the revelation of conditions at the infamous Civil War prison. It was a hit and featured George C. Scott. He took over the direction of the troubled musical Juno from Vincent J. Donehue, who had himself taken over from Tony Richardson. The show folded after 16 performances and mixed-to extremely negative critical reaction. The show's commercial failure (along with his earlier flop, Oh, Captain!), was a considerable setback to Ferrer's directing career. Nor did the short-lived The Girl Who Came to Supper do much for his acting career. A notable performance of his later stage career was as Miguel de Cervantes and his fictional creation Don Quixote in the hit musical Man of La Mancha. Ferrer took over the role from Richard Kiley in 1966 and subsequently went on tour with it in the first national company of the show. Tony Martinez continued in the role of Sancho Panza under Ferrer, as he had with Kiley. During the Bicentennial, Ferrer narrated the world premiere of Michael Jeffrey Shapiro's A Declaration of Independence, July 4, 1776 for narrator and orchestra with the Philharmonic Symphony of Westchester, Martin Rich, conductor.