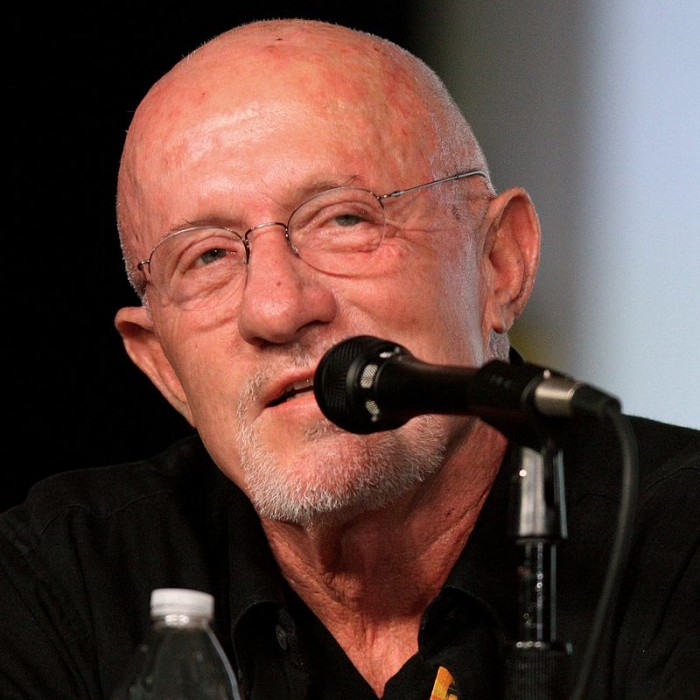 Jonathan Ray Banks (born January 31, 1947) is an American actor. His first notable film roles were in the films Airplane!, 48 Hrs., and Beverly Hills Cop. He has received critical acclaim for his role as Mike Ehrmantraut in the television series Breaking Bad and its spin-off, Better Call Saul, as well as Frank McPike in Wiseguy. He has received four Primetime Emmy Award nominations for Outstanding Supporting Actor in a Drama Series.

In 1974, Banks moved to Los Angeles and performed on stage before picking up bit parts on television. He notably starred in the 1974 sex PSA Linda's Film on Menstruation, which was referenced by John Oliver in an episode of his show Last Week Tonight with John Oliver focusing on sex education. The episode aired on August 9, 2015, and Banks appeared at the end of the segment, ridiculing the content of said PSA.

He co-starred in 48 Hrs. and Beverly Hills Cop, which are among his best known roles. Other film roles include appearances in Armed and Dangerous, Buckaroo Banzai, Freejack, Flipper, Airplane!, Gremlins, Murder Me, Murder You, Under Siege 2: Dark Territory, and Identity Thief. Banks' big break on television came in 1987 with the series Wiseguy, in which he played Frank McPike for four years, a role which led to a Primetime Emmy Award nomination.

Although his character was primarily the hero's mentor, stories occasionally featured McPike as hero. In 1981, he appeared as Dutch Schultz on the NBC series the Gangster Chronicles. He also starred on the short-lived science fiction series Otherworld, as Kommander Nuveen Kroll, and in the sitcom Fired Up.

In the second season of Breaking Bad, Banks appeared as Mike Ehrmantraut. He became a series regular for the third, fourth, and fifth seasons. For the fifth season, he received a Primetime Emmy Award nomination for Outstanding Supporting Actor in a Drama Series.

He also made guest appearances on several TV shows. In 2014, he had a recurring role as Buzz Hickey in the fifth season of the NBC sitcom Community. Banks reprised his role as Mike Ehrmantraut as a regular in the Breaking Bad spinoff series Better Call Saul, for which he earned his third Emmy nomination in season 1. In April 2016, he was awarded an honorary doctoral degree from Indiana University.

He also played the voice of James Gordon in the 2015 video game Batman: Arkham Knight. In 2015, Banks made a special guest appearance on the Mythbusters episode "Supernatural Shooters".