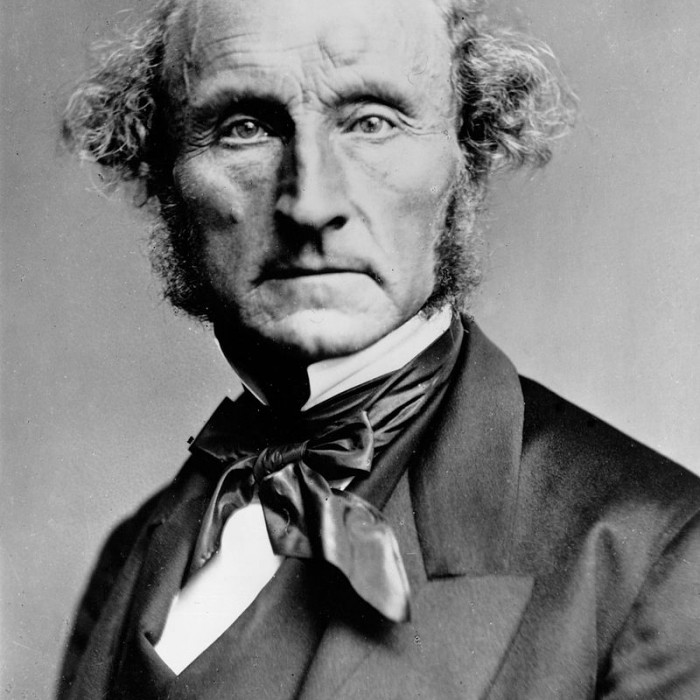 John Stuart Mill (20 May 1806 – 8 May 1873) was an English philosopher, political economist and civil servant. One of the most influential thinkers in the history of liberalism, he contributed widely to social theory, political theory and political economy. Dubbed "the most influential English-speaking philosopher of the nineteenth century", Mill's conception of liberty justified the freedom of the individual in opposition to unlimited state and social control.

Mill was a proponent of utilitarianism, an ethical theory developed by his predecessor Jeremy Bentham, and contributed significantly to the theory of the scientific method.

A member of the Liberal Party, he was also the first Member of Parliament to call for women's suffrage.

Mill joined the debate over scientific method which followed on from John Herschel's 1830 publication of A Preliminary Discourse on the study of Natural Philosophy, which incorporated inductive reasoning from the known to the unknown, discovering general laws in specific facts and verifying these laws empirically. William Whewell expanded on this in his 1837 History of the Inductive Sciences, from the Earliest to the Present Time followed in 1840 by The Philosophy of the Inductive Sciences, Founded Upon their History, presenting induction as the mind superimposing concepts on facts. Laws were self-evident truths, which could be known without need for empirical verification.

Mill countered this in 1843 in A System of Logic, Ratiocinative and Inductive, Being a Connected View of the Principles of Evidence, and the Methods of Scientific Investigation. In Mill's Methods of induction, like Herschel's, laws were discovered through observation and induction, and required empirical verification.