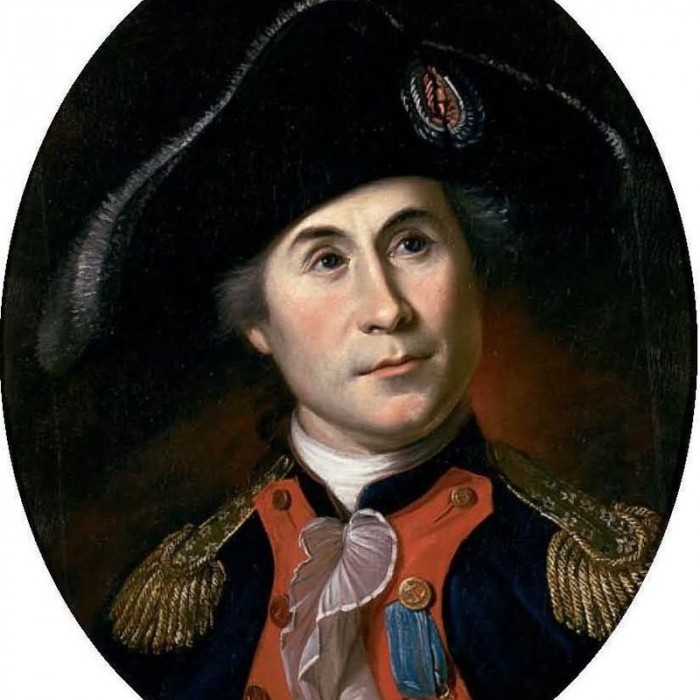 John Paul Jones (born John Paul; July 6, 1747 – July 18, 1792) was the United States' first well-known naval commander in the American Revolutionary War. He made many friends and enemies—who accused him of piracy—among America's political elites, and his actions in British waters during the Revolution earned him an international reputation which persists to this day.

As such, he is sometimes referred to as the "Father of the American Navy" (an epithet that he shares with John Barry and John Adams). He later served in the Imperial Russian Navy, subsequently obtaining the rank of rear admiral.

Sources struggle with this period of Jones' life, especially the specifics of his family situation, making it difficult to pinpoint historically Jones' exact motivations for emigrating to America. It is not known whether his plans were not developing as expected for the plantation, or if he was inspired by a revolutionary spirit.

What is clearly known is that Jones left for Philadelphia shortly after settling in North America to volunteer his services around 1775 to the newly founded Continental Navy, precursor to the United States Navy.

During this time, the Navy and Marines were being formally established, and suitable ship's officers and captains were in great demand. Jones's potential would likely have gone unrecognized were it not for the endorsement of Richard Henry Lee, who knew of his abilities. With help from influential members of the Continental Congress, however, Jones was appointed as a 1st Lieutenant of the newly converted 24-gun frigate in the Continental Navy on December 7, 1775.