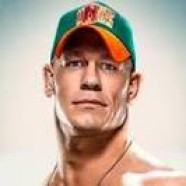 John Felix Anthony Cena was born on born April 23, 1977 in West Newbury, Massachusetts. He is an American professional wrestler, rapper and actor signed to WWE, but is currently on hiatus due to injury. Cena has been credited by WWE as the public face of that organization, and has served as its franchise player since 2005.

Cena has the fourth-highest number of combined days as WWE World Heavyweight Champion, behind Bruno Sammartino, Bob Backlund, and Hulk Hogan. He has also headlined WWE's flagship event, WrestleMania, on five different occasions (WrestleManias 22, 23, XXVII, XXVIII, and 29) over the course of his career.