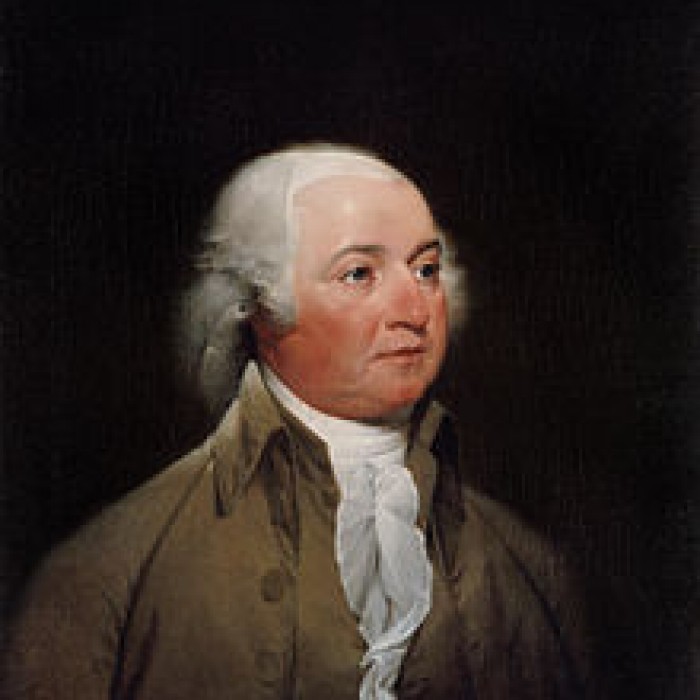 Adams was a political theorist in the Age of Enlightenment who promoted republicanism and a strong central government. His innovative ideas were frequently published. He was also a dedicated diarist and correspondent, particularly with his wife and key advisor Abigail.

He collaborated with his cousin, revolutionary leader Samuel Adams, but he established his own prominence prior to the American Revolution. After the Boston Massacre, he provided a successful (though unpopular) legal defense of the accused British soldiers, in the face of severe local anti-British sentiment and driven by his devotion to the right to counsel and the "protect[ion] of innocence".

Adams was a delegate from Massachusetts to the Continental Congress, where he played a leading role in persuading Congress to declare independence. He assisted Thomas Jefferson in drafting the Declaration of Independence in 1776, and was its foremost advocate in the Congress. As a diplomat in Europe, he helped negotiate the eventual peace treaty with Great Britain, and acquired vital governmental loans from Amsterdam bankers.

Adams was the primary author of the Massachusetts Constitution in 1780 which influenced American political theory, as did his earlier Thoughts on Government (1776).

In 1800, Adams lost re-election to Thomas Jefferson and retired to Massachusetts. He eventually resumed his friendship with Jefferson upon the latter's own retirement by initiating a correspondence which lasted fourteen years.