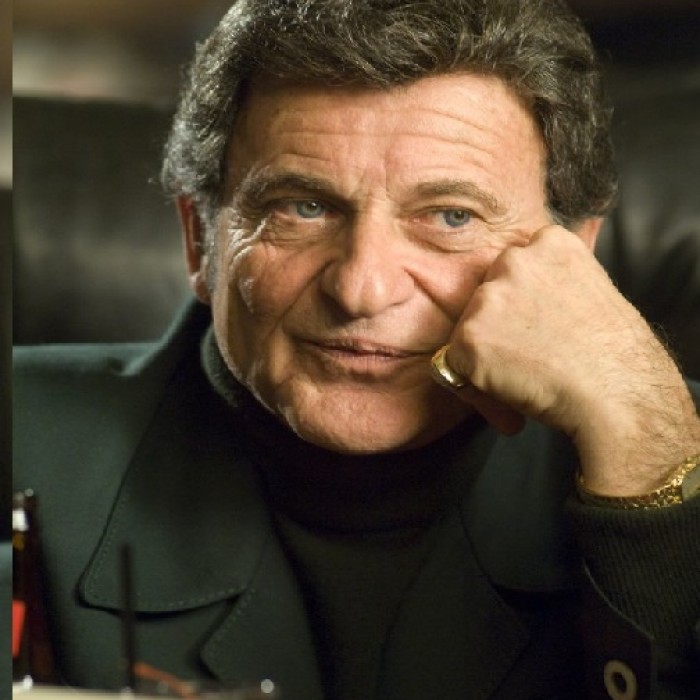 Joseph Frank "Joe" Pesci (/ˈpɛʃi/ pesh-ee; born February 9, 1943) is an Italian American actor, singer and musician, known for playing tough, volatile characters, in a variety of genres. He is best known for a trio of Martin Scorsese films in which he co-starred with Robert De Niro: Raging Bull (1980), Goodfellas (1990), and Casino (1995).

Pesci was nominated for the Academy Award for Best Supporting Actor for his role in Raging Bull, and later won the award for his role as psychopathic mobster Tommy DeVito (based on Thomas DeSimone) in Goodfellas.

Pesci was born on February 9, 1943, in Newark, New Jersey. His mother, Mary (née Mesce), worked part-time as a barber, and his father, Angelo Pesci, was a forklift driver for General Motors, and a bartender.[1][2] Pesci, of Italian descent, was raised in Belleville, New Jersey, and attended Belleville High School. By the time Pesci was five years old, he was appearing in plays in New York.[1] At age 10, he was a regular on a television variety show called Startime Kids which also featured Connie Francis.[1]Pesci was childhood friends with singers Frankie Valli (who was 9 years his senior) and Tommy DeVito (who was 15 years his senior) and in 1959, at age 16, he helped introduce them to singer and songwriter Bob Gaudio, which led to the formation of the band The Four Seasons

In the 1960s, Pesci began working as a barber, following in his mother's footsteps. At the same time, he tried to start a musical career, playing guitar with several bands, including Joey Dee and the Starliters. (The position of guitarist in that band was taken several years later by Jimi Hendrix.) In 1968, he released the album Little Joe Sure Can Sing! (billed as Joe Ritchie), on which he sang covers of contemporary pop hits.[4]

In the late 1960s and early 1970s, Pesci teamed up with fellow actor Frank Vincent, performing in local clubs like the Arlington Lounge and other venues around North Jersey as Vincent and Pesci. The comedy duo's material was a play on Martin and Lewis and Abbott and Costello. In 1975, they appeared in the Broadway show The New Vaudevillians, which only lasted one week.[4]

The first film Pesci starred in was the 1976 low-budget crime film The Death Collector alongside Frank Vincent. After the film Pesci returned to The Bronx and lived above Amici's Restaurant, where he was an employee

Pesci has been married and divorced three times.[10] His first marriage was in 1964.[11] His third was from 1988 to 1992, to Claudia Haro, a model and actress with whom he has a daughter named Tiffany. In 2007 Pesci was engaged to Angie Everhart,[12] but the couple broke up in 2008.[13]While filming scenes in two of Martin Scorsese's films (Raging Bull and Casino), Pesci broke the same rib, 15 years apart.[