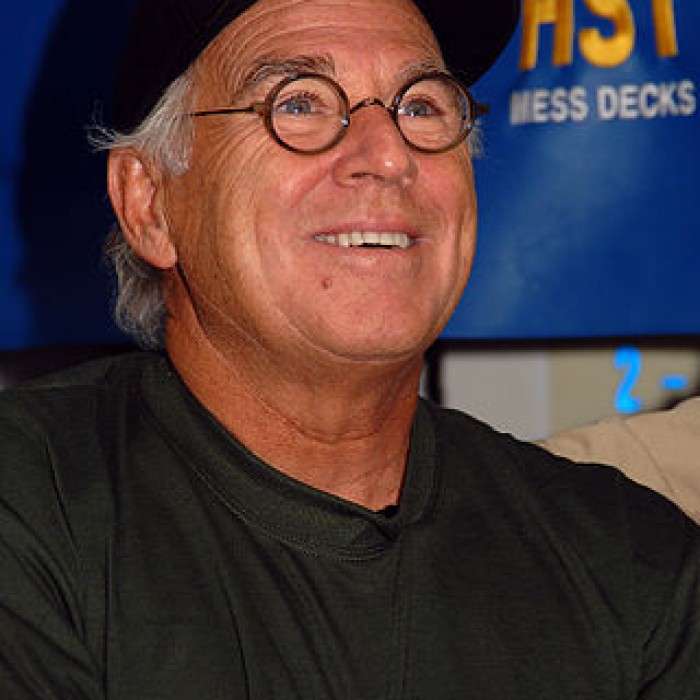 James William "Jimmy" Buffett (born December 25, 1946) is an American musician, songwriter, author, actor, and businessman. He is best known for his music, which often portrays an "island escapism" lifestyle. Together with his Coral Reefer Band, Buffett has recorded hit songs including "Margaritaville" (ranked 234th on the Recording Industry Association of America's list of "Songs of the Century") and "Come Monday". He has a devoted base of fans known as "Parrotheads".

Buffett has written three No. 1 best sellers. Tales from Margaritaville and Where Is Joe Merchant?; both spent over seven months on The New York Times Best Seller fiction list. His book A Pirate Looks at Fifty, published in 1998, went straight to No. 1 on the New York Times Best Seller nonfiction list, making him one of eight authors in that list's history to have reached number one on both the fiction and nonfiction lists.

Buffett also co-wrote two children's books, The Jolly Mon and Trouble Dolls, with his eldest daughter, Savannah Jane Buffett. The original hard cover release of The Jolly Mon included a cassette tape recording of him and Savannah Jane reading the story accompanied by an original score written by Michael Utley.

Buffett's novel A Salty Piece of Land, was released on November 30, 2004, and the first edition of the book included a CD single of the song "A Salty Piece of Land", which was recorded for License to Chill. The book was a New York Times best seller soon after its release.

Buffett is one of several popular "philosophers" whose quotations appear on the road signs of Project HIMANK in the Ladakh region of Northern India.