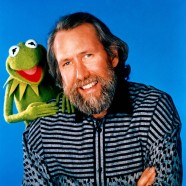 James Maury "Jim" Henson (September 24, 1936 – May 16, 1990) was an American puppeteer, artist, cartoonist, inventor, screenwriter, songwriter, musician, film director and producer who achieved international fame as the creator of the Muppets.

Born in Greenville, Mississippi, and raised in Leland, Mississippi, and Hyattsville, Maryland, Henson began developing puppets while attending high school. While he was a freshman at the University of Maryland, College Park, he created Sam and Friends, a five-minute sketch-comedy puppet show that appeared on television.

After graduating from the University of Maryland with a degree in home economics, he produced coffee advertisements and developed some experimental films. Feeling the need for more creative output, Henson founded Muppets Inc. in 1958 (which would later become the Jim Henson Company).