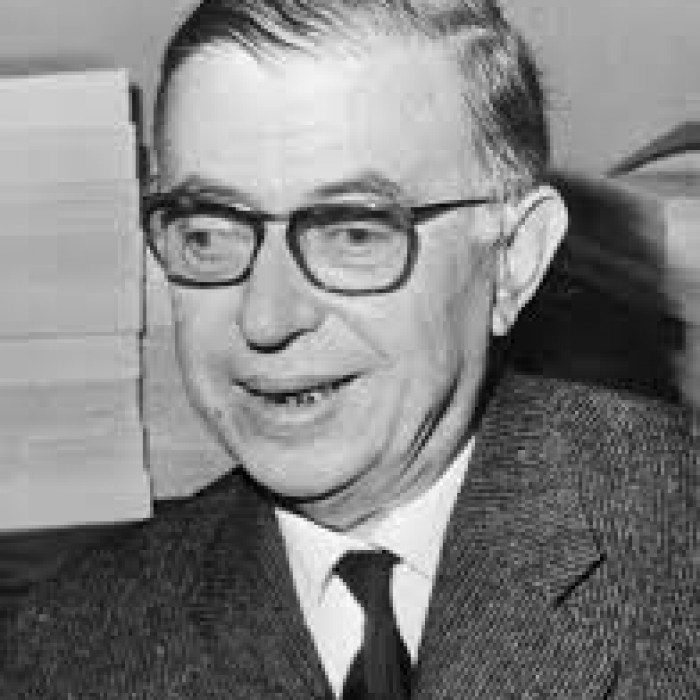 His work has also influenced sociology, critical theory, post-colonial theory, and literary studies, and continues to influence these disciplines.

Sartre was also noted for his open relationship with prominent feminist theorist Simone de Beauvoir. Together, Sartre and de Beauvoir challenged the cultural and social assumptions and expectations of their upbringings, which they considered bourgeois, in both lifestyle and thought. The conflict between oppressive, spiritually destructive conformity (mauvaise foi, literally, "bad faith") and an "authentic" way of "being" became the dominant theme of Sartre's early work, a theme embodied in his principal philosophical work Being and Nothingness (L'Être et le Néant, 1943). Sartre's introduction to his philosophy is his work Existentialism and Humanism (L'existentialisme est un humanisme, 1946), originally presented as a lecture.

He was awarded the 1964 Nobel Prize in Literature but refused it, saying that he always declined official honours and that "a writer should not allow himself to be turned into an institution".