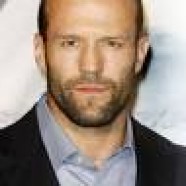 Jason Statham is an English actor. He is known for his roles in the Guy Ritchie crime films Lock, Stock and Two Smoking Barrels, Snatch, and Revolver4

Jason was born on July 26, 1967 in Shirebrook, United Kingdom

Statham was born in Shirebrook, Derbyshire, the son of Eileen (née Yates), a dancer, and Barry Statham, a street seller and lounge singer.

He moved to Great Yarmouth, Norfolk, where he initially chose not to follow his father's career working the local market stalls, instead practicing martial arts.

He grew up with football player Vinnie Jones, alongside whom he would later act. Jones introduced him to football, and Statham went on to play for the local grammar school (1978–1983), which he had attended since the age of 11, a passion that he shared with diving.