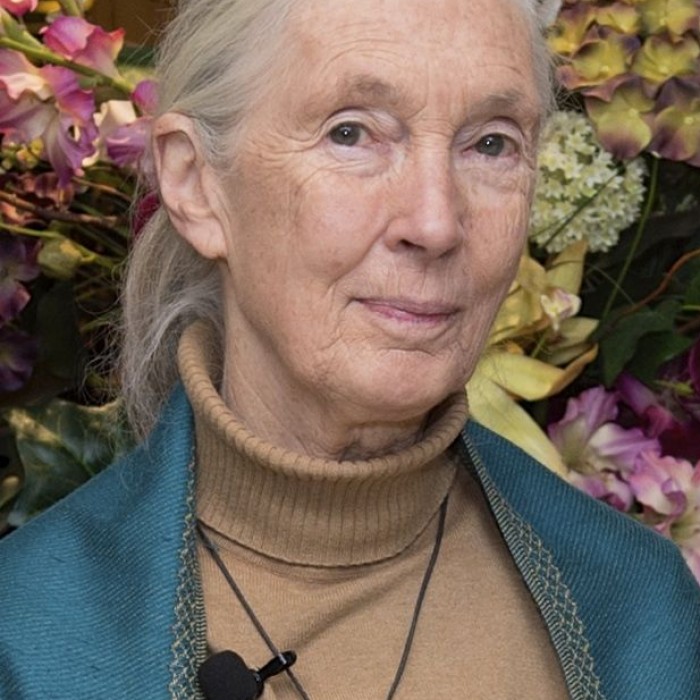 She is the founder of the Jane Goodall Institute and the Roots & Shoots program, and she has worked extensively on conservation and animal welfare issues. She has served on the board of the Nonhuman Rights Project since its founding in 1996.

Goodall has received many honours for her environmental and humanitarian work, as well as others. She was named a Dame Commander of the Order of the British Empire in a ceremony held in Buckingham Palace in 2004.

In April 2002, Secretary-General Kofi Annan named Goodall a United Nations Messenger of Peace. Her other honours include the Tyler Prize for Environmental Achievement, the French Legion of Honor, Medal of Tanzania, Japan's prestigious Kyoto Prize, the Benjamin Franklin Medal in Life Science, the Gandhi-King Award for Nonviolence and the Spanish Prince of Asturias Awards.

She is also a member of the advisory board of BBC Wildlife magazine and a patron of Population Matters (formerly the Optimum Population Trust). She has received many tributes, honours, and awards from local governments, schools, institutions, and charities around the world.

Goodall is honoured by The Walt Disney Company with a plaque on the Tree of Life at Walt Disney World's Animal Kingdom theme park, alongside a carving of her beloved David Greybeard, the original chimpanzee which approached Goodall during her first year at Gombe.

In 2010 Dave Matthews and Tim Reynolds held a benefit concert at DAR Constitution Hall in Washington DC to commemorate Gombe 50: a global celebration of Jane Goodall's pioneering chimpanzee research and inspiring vision for our future.