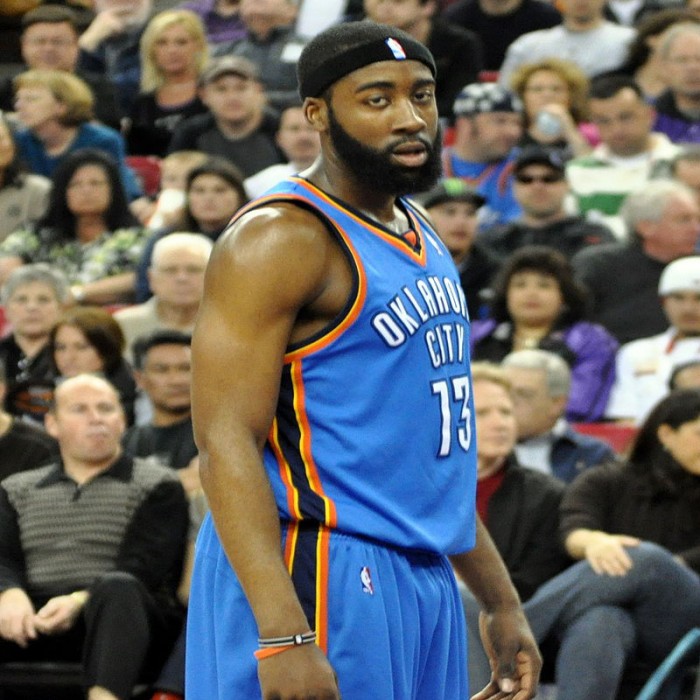 James Edward Harden Jr. (born August 26, 1989) is an American professional basketball player for the Houston Rockets of the National Basketball Association (NBA). Harden played college basketball for Arizona State, where he was named a consensus All-American and Pac-10 Player of the Year in 2009.

Harden was selected with the third overall pick in the 2009 NBA draft by the Oklahoma City Thunder. In 2012, he was named NBA Sixth Man of the Year with the Thunder and helped the team reach the NBA Finals.

Harden was traded to Houston prior to the 2012–13 NBA season. Upon joining the Rockets, Harden became one of the NBA's most prolific scorers and earned recognition as the best shooting guard in the NBA, as well as one of the top overall players in the league.

Harden is a two-time member of the United States national basketball team, winning gold medals in both the 2012 Summer Olympics and 2014 FIBA World Cup.

Harden was drafted 3rd overall in the 2009 NBA draft by the Oklahoma City Thunder.

This made him the first player to be drafted by the franchise as the Oklahoma City Thunder. The franchise last entered the 2008 NBA draft as the Seattle SuperSonics. In his first NBA season, Harden averaged 9.9 points in 22.9 minutes per game. He was named to the NBA All-Rookie Second Team.

In his second year, after rejecting an offer to play as a starter, Harden played all 82 games of the regular season, averaging 12.2 points per game. In the playoffs, he averaged 13 points per game, shooting over 47% from the field.

On April 18, 2012, Harden scored a then career-high 40 points in a 109–97 victory over the Phoenix Suns. Four days later against the Los Angeles Lakers, Harden suffered a concussion after being elbowed by the Lakers' Metta World Peace, who was celebrating a dunk. World Peace was ejected, and was later suspended for seven games by the league. Harden returned for the first game of the playoffs against the Dallas Mavericks.

Harden ended the 2011–12 season averaging 16.8 points per game off the bench which led all NBA reserves. He was then named the NBA Sixth Man of the Year, becoming the second youngest player ever to win the award. He was one of the most efficient scorers in the league, finishing second in both true shooting percentage and effective field goal percentage, posting a .660 TS% and .582 eFG%.

Harden helped the Thunder reach the 2012 NBA Finals where they lost to the Miami Heat. During the free agency period, Oklahoma City attempted to sign Harden to a four-year contract extension worth between $52 and $55 million. Harden later contended that he was given too little time to consider the offer.