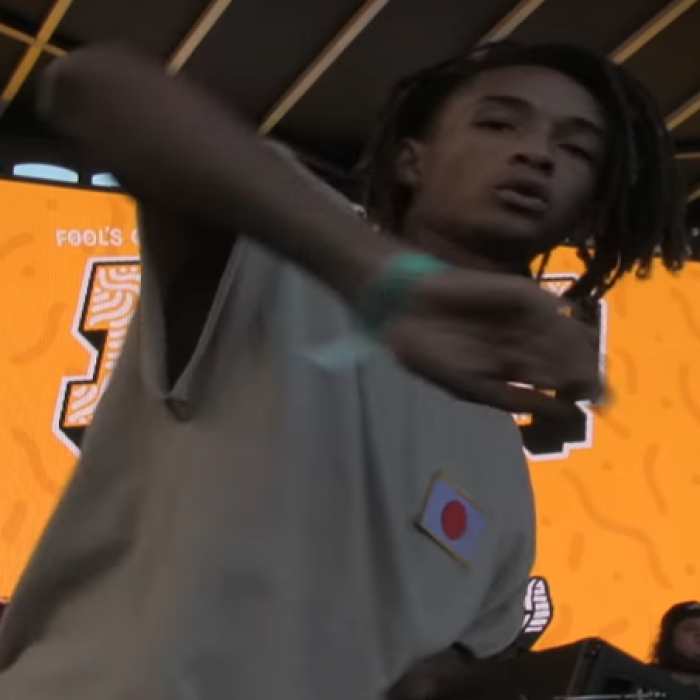 Jaden Christopher Syre Smith (Born July 8, 1998) is an American actor and rapper. He is the son of Jada Pinkett Smith and Will Smith. Jaden Smith's first movie role was with his father in the 2006 film The Pursuit of Happyness. He also acted in the 2008 remake of The Day the Earth Stood Still and the 2010 remake of The Karate Kid. He was also in the 2013 film After Earth with his father.

Smith was born July 8, 1998 in Malibu, California, the son of Jada Pinkett Smith and Will Smith. He has an older half-brother, Trey Smith (born 1992), and a younger sister, Willow Smith (born 2000). Smith and his siblings are youth ambassadors for Project Zambi, which provides assistance in conjunction with Hasbro for Zambian children orphaned by AIDS.

Smith made his major role debut in the 2006 film The Pursuit of Happyness as Christopher, the son of Chris Gardner, Will Smith's character. For his role, Smith won the award for Breakthrough Performance at the 2007 MTV Movie Awards. Smith next appeared as Jacob in the 2008 Scott Derrickson science fiction film, The Day the Earth Stood Still, a remake of the 1951 classic of the same name.

In 2010, along with Jackie Chan, Smith starred in The Karate Kid, a remake of the 1984 film. In May 2013, Will Smith and Jaden starred together, playing father and son, in After Earth. In 2014, it was announced that Smith will return for the sequel Karate Kid 2 with Jackie Chan. The movie will be directed by Breck Eisner, produced by James Lassiter and Will Smith and written by Zak Penn.

Smith rapped alongside Canadian singer Justin Bieber in the song "Never Say Never." On October 1, 2012, Jaden released his first mixtape, The Cool Cafe. Smith started his own clothing/lifestyle brand called MSFTSrep. The clothes range from hoodies and T-shirts to trousers and vests. In May 2013 Smith collaborated with a Korean designer, Choi Bum Suk, to create a pop-up store in which customers can buy clothes with their collaborated logos.

In April 2014, Smith was cast in the film The Good Lord Bird, which is based on the 2013 novel of the same name by James McBride. Smith plays Henry Shackleford, a young slave living in Kansas Territory in 1857 who encounters abolitionist John Brown. Smith's father, Will, revealed that his son sought an emancipation ruling, with the consent of his parents, as a fifteenth-birthday present. However, Smith and his father appeared together on The Ellen DeGeneres Show on May 15, 2013.

Smith was in a relationship with Stella Hudgens, the younger sister of actress and singer Vanessa Hudgens, and she is reportedly mentioned in his song "Starry Room". A November 2013 media report indicated that Smith was dating reality television personality and model Kylie Jenner. Jenner wrote in social media in July 2013, "Although we can't remember exactly when we met, I couldn't be more grateful that we did."