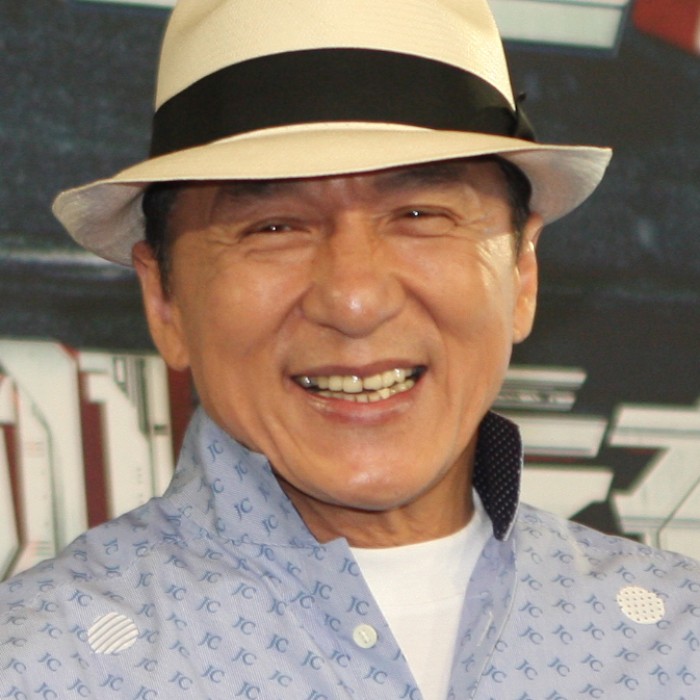 Chan Kong-sang, SBS, MBE, PMW, (born 7 April 1954), known professionally as Jackie Chan, is a Hong Kong martial artist, actor, film director, producer, stuntman, and singer. In his movies, he is known for his acrobatic fighting style, comic timing, use of improvised weapons, and innovative stunts, which he typically performs himself. He has trained in Kung Fu and Hapkido. He has been acting since the 1960s and has appeared in over 150 films.

Chan has received stars on the Hong Kong Avenue of Stars, and the Hollywood Walk of Fame. He has been referenced in various pop songs, cartoons, and video games. He is an operatically trained vocalist and is also a Cantopop and Mandopop star, having released a number of albums and sung many of the theme songs for the films in which he has starred. He is also a notable philanthropist. In 2015, Forbes magazine estimated his net worth to be $350 million.

Chan received his honorary Doctor of Social Science degree in 1996 from the Hong Kong Baptist University. In 2009, he received another honorary doctorate from the University of Cambodia, and has also been awarded an honorary professorship by the Savannah College of Art and Design in Hong Kong in 2008.

Prof Chan is currently a faculty member of the School of Hotel and Tourism Management at the Hong Kong Polytechnic University, where he teaches the subject of tourism management. As of 2015, he also serves as the Dean of the Jackie Chan Film and Television Academy under the Wuhan Institute of Design and Sciences.