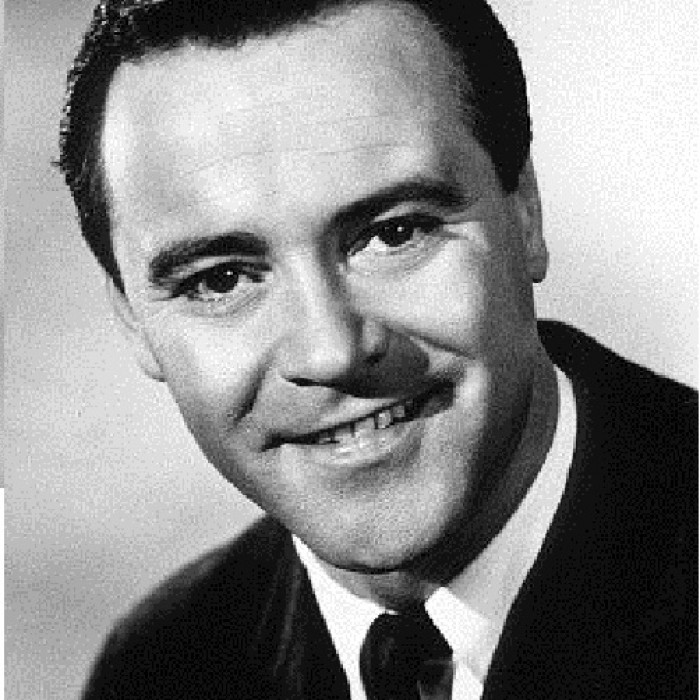 John Uhler "Jack" Lemmon III (February 8, 1925 – June 27, 2001) was an American actor and musician. Lemmon was an eight time Academy Award nominee, with two wins. He starred in over 60 films, such as Some Like It Hot, The Apartment, Mister Roberts (for which he won the 1955 Academy Award for Best Supporting Actor), Days of Wine and Roses, The Great Race, Irma la Douce, The Odd Couple, Save the Tiger (for which he won the 1973 Academy Award for Best Actor), The Out-of-Towners, The China Syndrome, Missing (for which he won Best Actor at the 1982 Cannes Film Festival), Glengarry Glen Ross, Grumpy Old Men and Grumpier Old Men.

Lemmon was born on February 8, 1925, in an elevator[1] at Newton-Wellesley Hospital in Newton, Massachusetts, a suburb of Boston. He was the only child of Mildred Burgess LaRue (née Noel) and John Uhler Lemmon, Jr., the president of a doughnut company.[2][3] His paternal grandmother was from an Irish immigrant family.[4] Lemmon attended John Ward Elementary School in Newton and the Rivers School in Weston, Massachusetts. During his acceptance of his lifetime achievement award, he stated that he knew he wanted to be an actor from the age of eight. Lemmon attended Phillips Academy (Class of 1943) and Harvard College (Class of 1947), where he lived in Eliot House[5] and was an active member of several Drama Clubs – and president of the Hasty Pudding Club[6] – as well as a member of the Delphic Club for Gentleman, a final club at Harvard.

At Harvard, Lemmon was a member of the V-12 Navy College Training Program and was commissioned by the United States Navy,[6] serving briefly as an ensign on an aircraft carrier during World War II before returning to Harvard after completing his military service.[7] After graduation in 1947,[8] Lemmon took up acting professionally, working on radio, television and Broadway.[6] He studied acting under coach Uta Hagen.[6] He was enamored of the piano and learned to play it on his own. He could also play the harmonica, guitar, organ, and the double bass

Lemmon was married twice. His son Chris Lemmon (born 1954), was his first child by his first wife, actress Cynthia Stone. His second wife was actress Felicia Farr, with whom he had a daughter, Courtney (born 1966). Farr had a daughter from a previous relationship (her marriage to Lee Farr) named Denise. Lemmon was a Catholic.[16] He publicly announced his alcoholism during a 1998 interview on Inside the Actors Studio.[17]

To golfers everywhere Lemmon was known as the "star" of the celebrity-packed third round telecast of the annual Bing Crosby National Pro-Am/AT&T National Pro Am, held at Pebble Beach Golf Links each February. Lemmon's packed gallery was there not only for his humor but also to root him on in his lifelong quest to "make the cut" to round 4, something he was not able to achieve.

Lemmon died of metastatic cancer of the bladder on June 27, 2001.[18] He had been fighting the disease, privately, for two years before his death. He was interred at Westwood Village Memorial Park Cemetery in Westwood, California, buried near his friend and co-star, Walter Matthau, who died almost exactly one year before Lemmon. His gravestone reads like a title screen from a film.