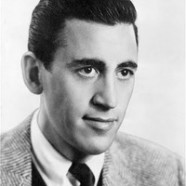 Jerome David Salinger (January 1, 1919 – January 27, 2010) was an American writer who won acclaim early in life. He led a very private life for more than a half-century. He published his final original work in 1965 and gave his last interview in 1980.

Salinger was raised in Manhattan and began writing short stories while in secondary school. Several were published in Story magazine in the early 1940s before he began serving in World War II.