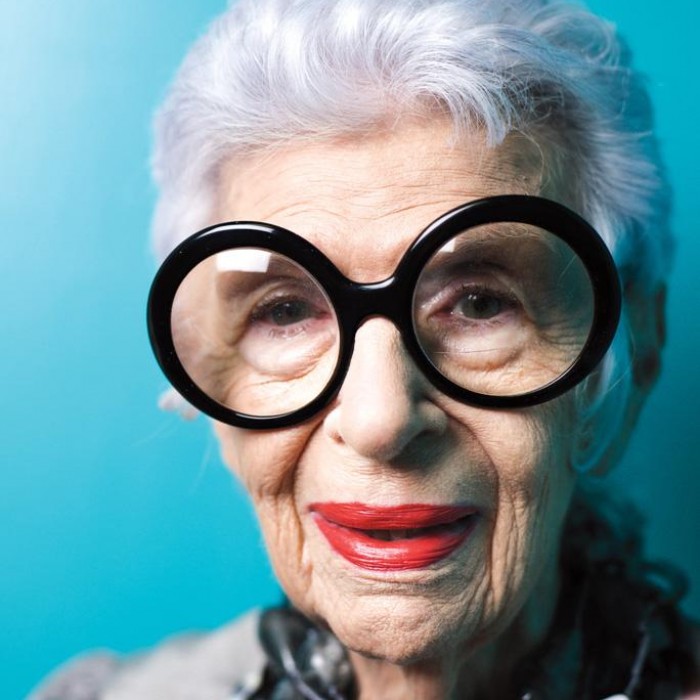 Born Iris Barrel in Astoria, Queens, New York, Apfel is the only child of Samuel Barrel, whose family owned a glass-and-mirror business, and his Russian-born wife, Sadye, who owned a fashion boutique. Both were Jewish.

She studied art history at New York University and attended art school at the University of Wisconsin.

As a young woman, Apfel worked for Women's Wear Daily and for interior designer Elinor Johnson. She also was an assistant to illustrator Robert Goodman.

In 1948, she married Carl Apfel. Two years later, they launched the textile firm Old World Weavers and ran it until they retired in 1992. From 1950 to 1992, Iris Apfel took part in several design restoration projects, including work at the White House for nine presidents: Truman, Eisenhower, Kennedy, Johnson, Nixon, Ford, Carter, Reagan, and Clinton.

Through their business, the couple began traveling all over the world where she began buying pieces of non-Western, artisanal clothes. She wore these clothes to clients' high-society parties.

In 2016, she performed in a television commercial for the French car DS 3, and was the face of Australian brand Blue Illusion.