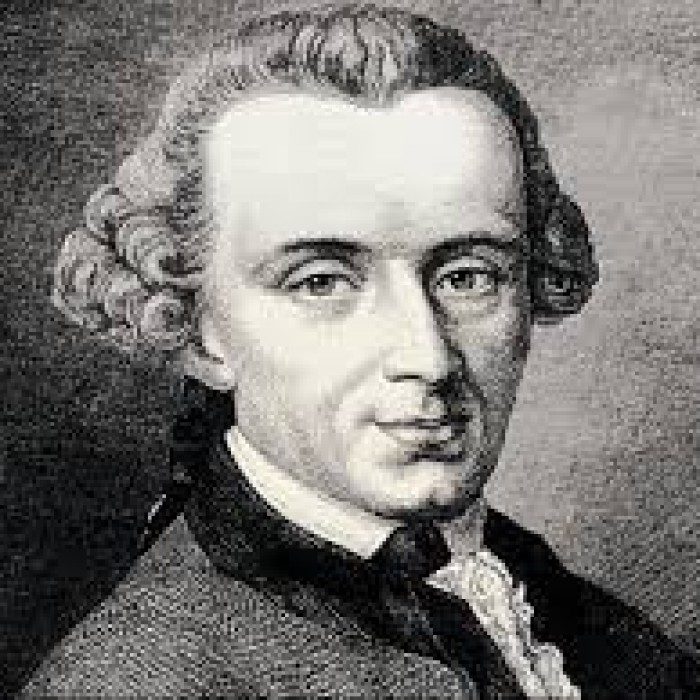 Immanuel Kant (22 April 1724– 12 February 1804) was a German philosopher who is considered the central figure of modern philosophy. Kant argued that the human mind creates the structure of human experience, that reason is the source of morality, that aesthetics arises from a faculty of disinterested judgment, that space and time are forms of our sensibility, and that the world as it is "in-itself" is independent of our concepts of it.

Kant took himself to have effected a Copernican revolution in philosophy, akin to Copernicus' reversal of the age-old belief that the sun revolved around the earth. His beliefs continue to have a major influence on contemporary philosophy, especially the fields of metaphysics, epistemology, ethics, political theory, and aesthetics.

Kant aimed to resolve disputes between empirical and rationalist approaches. The former asserted that all knowledge comes through experience; the latter maintained that reason and innate ideas were prior. Kant argued that experience is purely subjective without first being processed by pure reason.

He also said that using reason without applying it to experience only leads to theoretical illusions. The free and proper exercise of reason by the individual was a theme both of the Age of Enlightenment, and of Kant's approaches to the various problems of philosophy. His ideas influenced many thinkers in Germany during his lifetime, and he moved philosophy beyond the debate between the rationalists and empiricists.