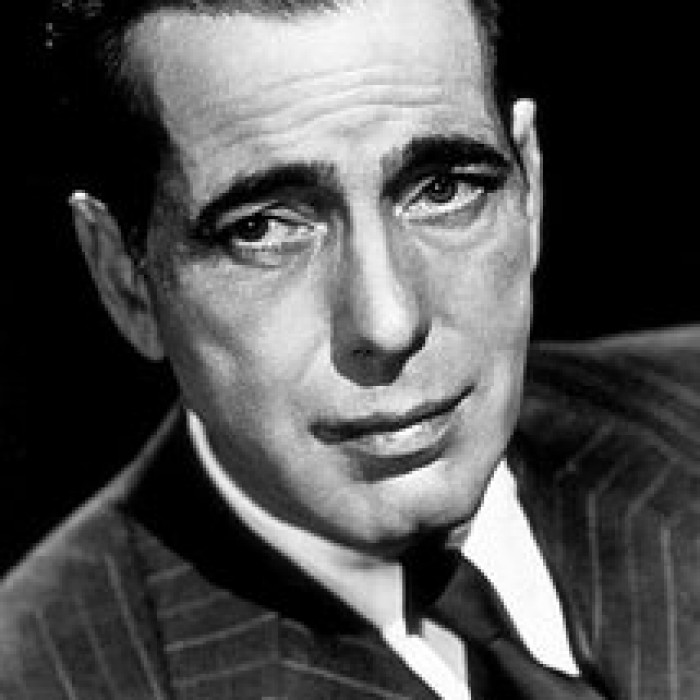 Humphrey DeForest Bogart (December 25, 1899 – January 14, 1957) was an American screen and stage actor whose performances in 1940s films noir such as The Maltese Falcon, Casablanca, and The Big Sleep earned him status as a cultural icon.

Bogart began acting in 1921 after a hitch in the U.S. Navy in World War I and little success in various jobs in finance and the production side of the theater. Gradually he became a regular in Broadway shows in the 1920s and 1930s. When the stock market crash of 1929 reduced the demand for plays, Bogart turned to film.

His first great success was as Duke Mantee in The Petrified Forest (1936), and this led to a period of typecasting as a gangster with films such as Angels with Dirty Faces (1938) and B-movies like The Return of Doctor X (1939).

Bogart's breakthrough as a leading man came in 1941 with High Sierra and The Maltese Falcon. The next year, his performance in Casablanca (1943; Oscar nomination) raised him to the peak of his profession and, at the same time, cemented his trademark film persona, that of the hard-boiled cynic who ultimately shows his noble side.

During a film career of almost 30 years, Bogart appeared in more than 75 feature films. In 1999, the American Film Institute ranked Bogart as the greatest male star of Classic American cinema. Over his career, he received three Academy Award nominations for Best Actor, winning one (for The African Queen).