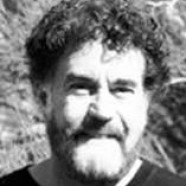 Hugh Edmondson Prather III (January 23, 1938 – November 15, 2010) was an American self-help writer, lay minister, and counselor, most famous for his first book, Notes to Myself, which was first published in 1970 by Real People Press, and later reprinted by Bantam Books. It has sold over 5 million copies, and has been translated into ten languages.

Hugh Prather III was born in Dallas and earned a bachelor's degree at Southern Methodist University in 1966 after study at Principia College and Columbia University. He studied at the University of Texas at the graduate level without taking a degree.

His first book, Notes to Myself: My Struggle to Become a Person, began as a journal that he impulsively submitted to a publisher. The book became "a phenomenon" of the 1970s, according to The New York Times, and as of 2010 it remained in print. Prather's dog Moosewood was named in the book and inspired the name of the Moosewood Restaurant. The book was later parodied by humorist Jack Handey with his "Deep Thoughts".