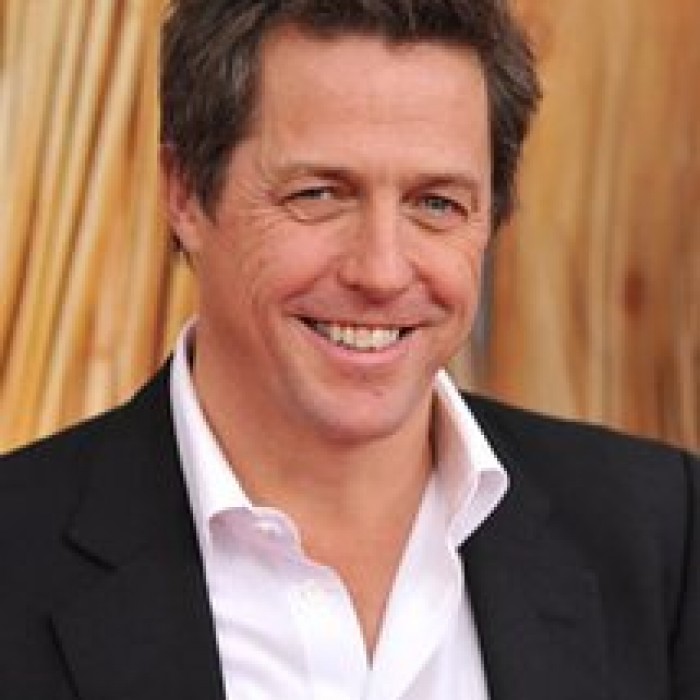 Hugh Grant, one of Britain's best known faces, has been equally entertaining on-screen as well as in real life, and has had enough sense of humor to survive a media frenzy. He is known for his roles in Four Weddings and a Funeral (1994), with Andie MacDowell, Notting Hill (1999), opposite Julia Roberts, and Music and Lyrics (2007), opposite Drew Barrymore, among his other works.

He was born Hugh John Mungo Grant on September 9, 1960, in Hammersmith, London, United Kingdom. His mother, Fyvola Susan (MacLean), was a teacher. His father, James Murray Grant, was an artist and carpet salesman, and his grandfather was in the British Army during WWII. He is of mostly Scottish and English descent, with many recent ancestors who were prominent in the military. Young Grant was fond of literature and acting. He won a scholarship to Oxford, going up to New College in 1979. There he was involved in student drama, and considered a career as an art historian. After Oxford, he turned down a scholarship to do postgraduate studies in Art History at the Courtauld Institute in London, and focused on his acting career. In 1982, while still a student, Grant made his big screen debut in Privileged (1982) by director Michael Hoffman.