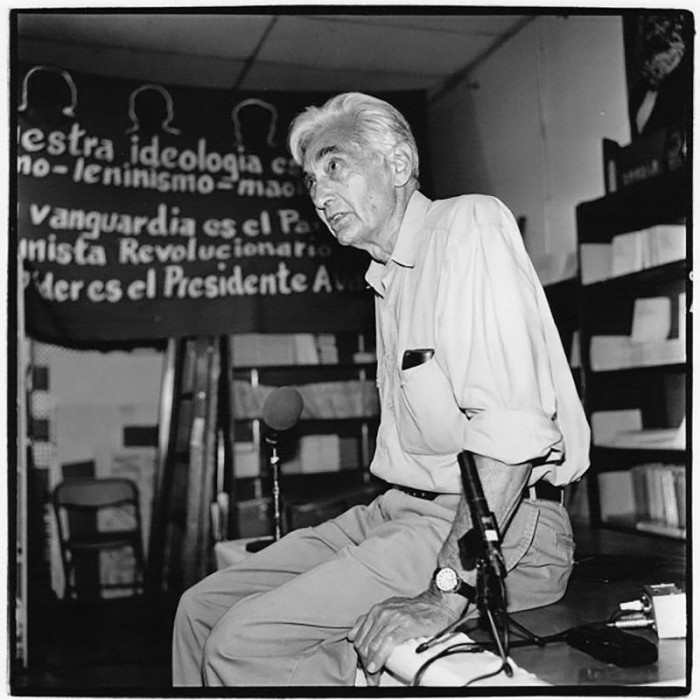 Howard Zinn (August 24, 1922 – January 27, 2010) was an American historian, playwright, and social activist. He was a political science professor at Boston University. Zinn wrote more than twenty books, including his best-selling and influential A People's History of the United States. In 2007, he published a version of it for younger readers, A Young People′s History of the United States.

Zinn described himself as "something of an anarchist, something of a socialist. Maybe a democratic socialist." He wrote extensively about the Civil Rights Movement and anti-war movement, and labor history of the United States.

His memoir, You Can't Be Neutral on a Moving Train, was also the title of a 2004 documentary about Zinn's life and work. Zinn died of a heart attack in 2010, aged 87.

For his leadership in the Peace Movement, Zinn received the Peace Abbey Courage of Conscience Award in 1996. He received the Thomas Merton Award and, in 1998, the Eugene V. Debs Award.

2008 Howard Zinn was selected as a special senior advisor to Miguel d'Escoto Brockmann, the president of the United Nations General Assembly 63rd session.

Established by school teachers while he was alive, the Zinn Education Project is Howard Zinn's legacy to middle- and high-school teachers and their students. The nonprofit organization offers classroom teachers free and low-cost teaching activities based on A People's History and like-minded history texts.

In 1998, he won the Lannan Literary Award for nonfiction and the following year won the Upton Sinclair Award, which honors social activism. In 2003, Zinn was awarded the Prix des Amis du Monde diplomatique for the French version of his seminal work, Une histoire populaire des Etats-Unis.