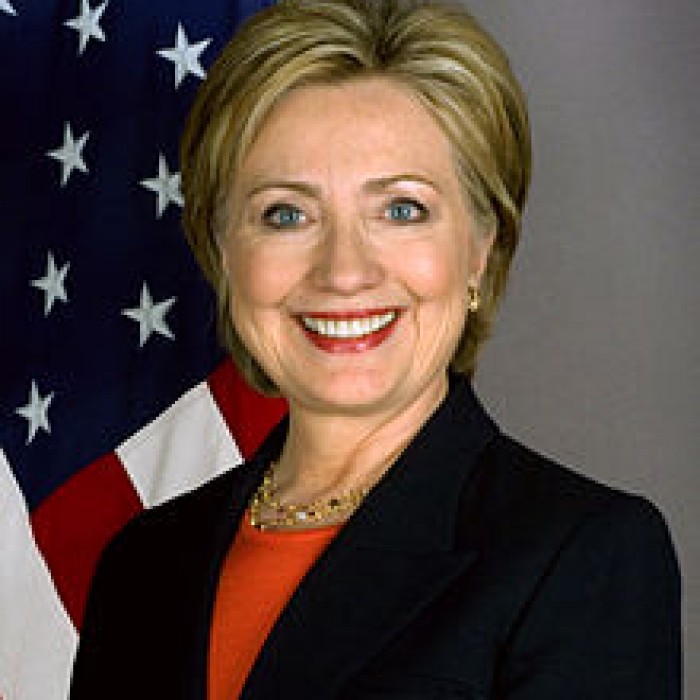 Born in Chicago and raised in the suburban town of Park Ridge, Illinois, Clinton attended Wellesley College, graduating in 1969, and earned a Juris Doctor from Yale Law School in 1973. After serving as a congressional legal counsel, she moved to Arkansas and married Bill Clinton in 1975. In 1977, she co-founded Arkansas Advocates for Children and Families.

As First Lady of the United States, Clinton led the unsuccessful effort to enact the Clinton health care plan of 1993. In 1997 and 1999, she helped create the State Children's Health Insurance Program. She also tackled the problems of adoption and family safety and foster care.

Clinton received the most votes and primary delegates in the 2016 Democratic primaries, formally accepting her party's nomination for President of the United States on July 28, 2016, with vice presidential running mate Senator Tim Kaine.