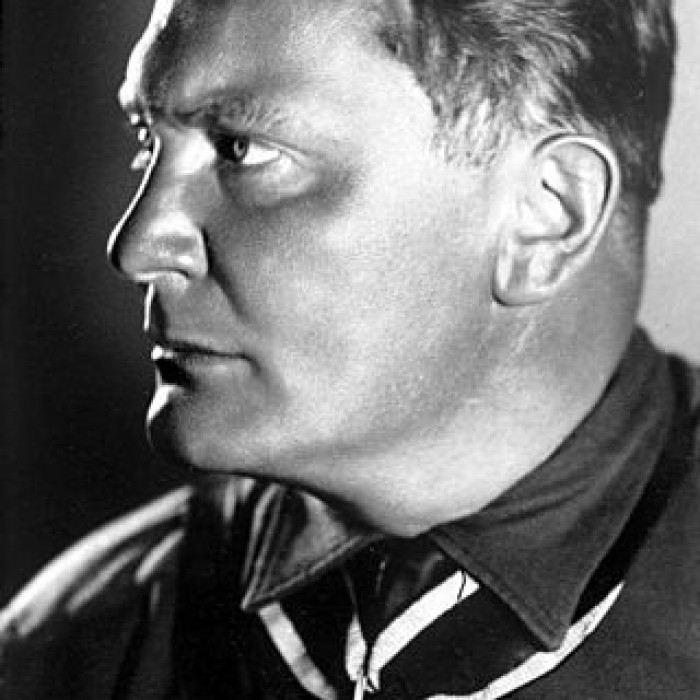 Hermann Wilhelm Göring (or Goering 12 January 1893 – 15 October 1946) was a German politician, military leader, and leading member of the Nazi Party (NSDAP). A veteran World War I fighter pilot ace, he was a recipient of the coveted Pour le Mérite, also known as the "Blue Max". He was the last commander of Jagdgeschwader 1, the fighter wing once led by Manfred von Richthofen.

A member of the NSDAP from its earliest days, Göring was wounded in 1923 during the failed coup known as the Beer Hall Putsch. He became addicted to morphine after being treated with the drug for his injuries. After helping Adolf Hitler take power in 1933, he became the second-most powerful man in Germany.

He founded the Gestapo in 1933, and later gave command of it to Heinrich Himmler. Göring was appointed commander-in-chief of the Luftwaffe (air force) in 1935, a position he held until the final days of World War II.

Before the Allied bombing campaign, he enjoyed widespread popularity among the German public. By 1940, he was at the peak of his power and influence; as minister in charge of the Four Year Plan, he was responsible for much of the functioning of the German economy in the build-up to World War II.

Hitler promoted him to the rank of Reichsmarschall, a rank senior to all other Wehrmacht commanders, and in 1941 Hitler designated him as his successor and deputy in all his offices.

Göring's standing with Hitler was reduced by the beginning of 1943, when the Luftwaffe failed to stop the Allied bombing of German cities and was unable to resupply German forces trapped in the Battle of Stalingrad.

Göring largely withdrew from the military and political scene and focused on the acquisition of property and artwork, much of which was taken from Jewish victims of the Holocaust. Informed on 22 April 1945 that Hitler intended to commit suicide, Göring sent a telegram to Hitler requesting permission to assume control of the Reich.

Considering it an act of treason, Hitler removed Göring from all his positions, expelled him from the party, and ordered his arrest.

After World War II, Göring was convicted of war crimes and crimes against humanity at the Nuremberg trials. He was sentenced to death by hanging, but committed suicide by ingesting cyanide the night before the sentence was to be carried out.