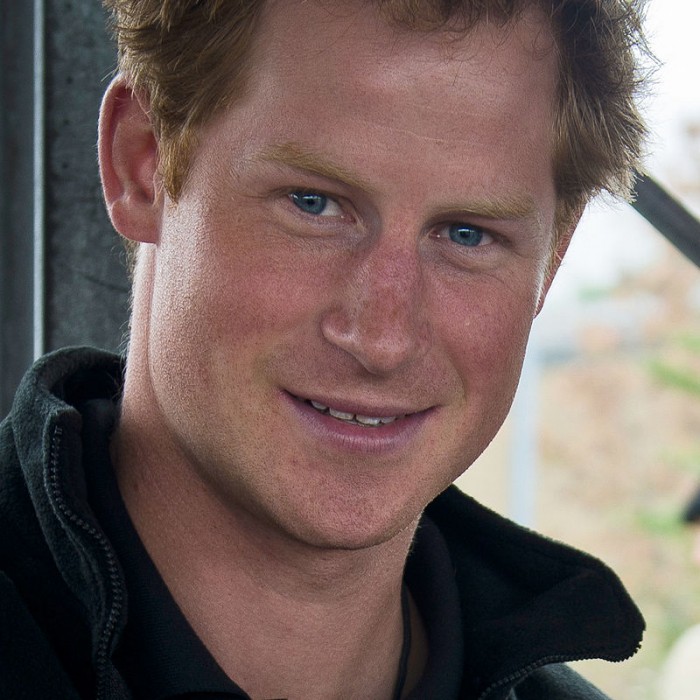 Prince Henry of Wales, KCVO (Henry Charles Albert David; born 15 September 1984), familiarly known as Prince Harry, is the younger son of Charles, Prince of Wales, and Diana, Princess of Wales. At the time of his birth, he was third in the line of succession to succeed his grandmother, Queen Elizabeth II, but is currently fifth in line after his father, his elder brother Prince William, Duke of Cambridge, and William's children, George and Charlotte.

After an education at schools in the United Kingdom and spending parts of his gap year in Australia and Lesotho, Harry chose a military career, undergoing officer training at RMA Sandhurst. He was commissioned as a cornet into the Blues and Royals, serving temporarily with his brother, and completed his training as a troop leader.

In 2007–2008, he served for 77 days in Helmand, Afghanistan, but was pulled out following publication of his presence there by an Australian magazine. He returned to Afghanistan for a 20-week deployment in 2012–2013 with the Army Air Corps. He left the army in June 2015.

Harry launched the Invictus Games in 2014, and remains patron of its Foundation. He also gives patronage to several other organisations, including the HALO Trust, the London Marathon Charitable Trust, and Walking With The Wounded.