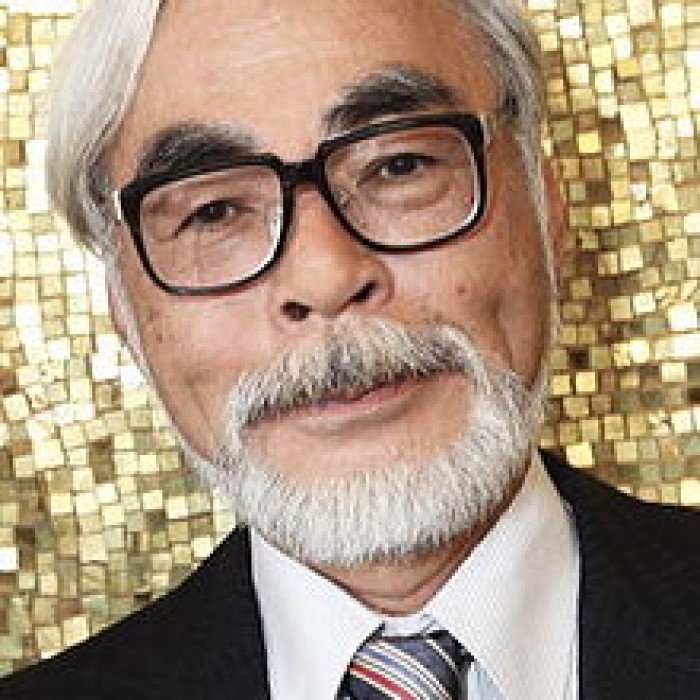 Hayao Miyazaki (born January 5, 1941) is a Japanese film director, producer, screenwriter, animator, author, and manga artist. Through a career that has spanned over five decades, Miyazaki has attained international acclaim as a masterful storyteller and as a maker of anime feature films and, along with Isao Takahata, co-founded Studio Ghibli, a film and animation studio.

Born in Bunkyō, Tokyo, Miyazaki began his animation career in 1963 when he joined Toei Animation. From there, Miyazaki worked as an in-between artist for Gulliver's Travels Beyond the Moon, where he pitched ideas that eventually became the film's ending. Hayao Miyazaki was also associated with Tokyo Movie Shinsha.

He continued to work in various roles in the animation industry with various studios until he directed his first feature film, The Castle of Cagliostro, a Lupin the Third story, released in 1979. After the success of his next film, Nausicaä of the Valley of the Wind (1984), he co-founded Studio Ghibli, where he continued to produce many feature films.

Miyazaki's films often contain recurrent themes, like humanity's relationship with nature and technology, and the difficulty of maintaining a pacifist ethic. His films' protagonists are often strong girls or young women. While two of his films, The Castle of Cagliostro and Castle in the Sky, involve traditional villains, his other films like Nausicaä and Princess Mononoke present morally ambiguous antagonists with redeeming qualities. He co-wrote films The Secret World of Arrietty, released in July 2010 in Japan and February 2012 in the United States; and From Up on Poppy Hill released in July 2011 in Japan and March 2013 in the United States.

Miyazaki's newest film The Wind Rises was released on July 20, 2013 and screened internationally in February 2014. The film would go on to earn him his third American Academy Award nomination and first Golden Globe Award nomination.

Miyazaki announced on September 1, 2013 that The Wind Rises would be his final feature-length movie. In November 2014, Miyazaki was awarded an Honorary Academy Award for his impact on animation and cinema. He is the second Japanese filmmaker to win this award, after Akira Kurosawa in 1990.[8] In 2002, American film critic Roger Ebert suggested that Miyazaki may be the best animation filmmaker in history, praising the depth and artistry of his films.