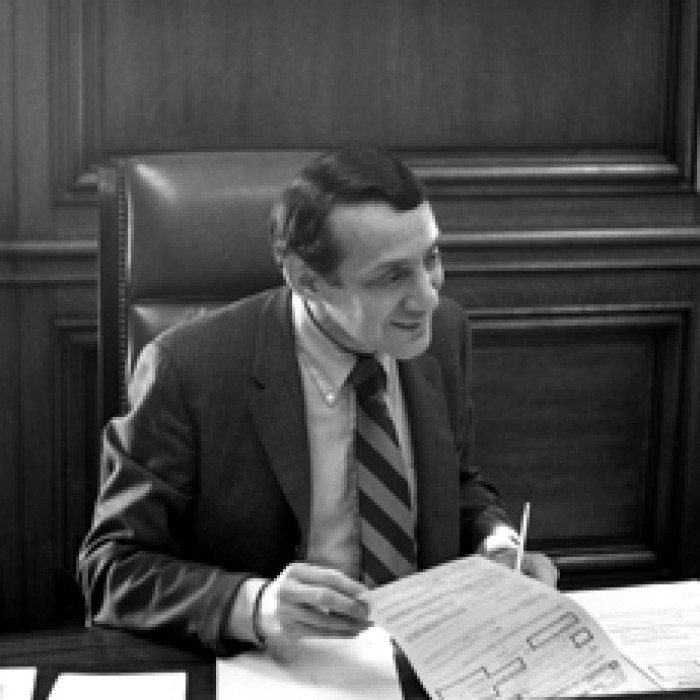 Harvey Bernard Milk (May 22, 1930 – November 27, 1978) was an American politician who became the first openly gay person to be elected to public office in California, when he won a seat on the San Francisco Board of Supervisors. Politics and gay activism were not his early interests; he was not open about his homosexuality and did not participate in civic matters until around the age of 40, after his experiences in the counterculture of the 1960s.

Milk moved from New York City to settle in San Francisco in 1972 amid a migration of gay men to the Castro District. He took advantage of the growing political and economic power of the neighborhood to promote his interests, and three times ran unsuccessfully for political office. His theatrical campaigns earned him increasing popularity, and Milk won a seat as a city supervisor in 1977, his election made possible by, and a key component of, a shift in San Francisco politics.

Milk served almost 11 months in office and was responsible for passing a stringent gay rights ordinance for the city. On November 27, 1978, Milk and Mayor George Moscone were assassinated by Dan White, another city supervisor, who had recently resigned to pursue a private business enterprise but who had sought to get his position back after that endeavor failed.

Despite his short career in politics, Milk became an icon in San Francisco and a martyr in the gay community.[note 1] In 2002, Milk was called "the most famous and most significantly open LGBT official ever elected in the United States". Anne Kronenberg, his final campaign manager, wrote of him: "What set Harvey apart from you or me was that he was a visionary. He imagined a righteous world inside his head and then he set about to create it for real, for all of us."Milk was posthumously awarded the Presidential Medal of Freedom in 2009.

Harvey Milk's political career centered on making government responsive to individuals, gay liberation, and the importance of neighborhoods to the city. At the onset of each campaign, an issue was added to Milk's public political philosophy.[150] His 1973 campaign focused on the first point, that as a small business owner in San Francisco—a city dominated by large corporations that had been courted by municipal government—his interests were being overlooked because he was not represented by a large financial institution. Although he did not hide the fact that he was gay, it did not become an issue until his race for the California State Assembly in 1976. It was brought to the fore in the supervisor race against Rick Stokes, as it was an extension of his ideas of individual freedom.

Milk strongly believed that neighborhoods promoted unity and a small-town experience, and that the Castro should provide services to all its residents. He opposed the closing of an elementary school; even though most gay people in the Castro did not have children, Milk saw his neighborhood having the potential to welcome everyone. He told his aides to concentrate on fixing potholes and boasted that 50 new stop signs had been installed in District 5.

Responding to city residents' largest complaint about living in San Francisco—dog feces—Milk made it a priority to enact the ordinance requiring dog owners to take care of their pets' droppings. Randy Shilts noted, "some would claim Harvey was a socialist or various other sorts of ideologues, but, in reality, Harvey's political philosophy was never more complicated than the issue of dogshit; government should solve people's basic problems."