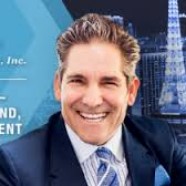 Gardone was born on March 21, 1958, in Lake Charles, Louisiana. His father was Curtis Louis Cardone (died February 1968) and his mother was Concetta Neil Cardone (died May 2009). He has a twin brother, Gary Cardone, and is the fourth of five children.