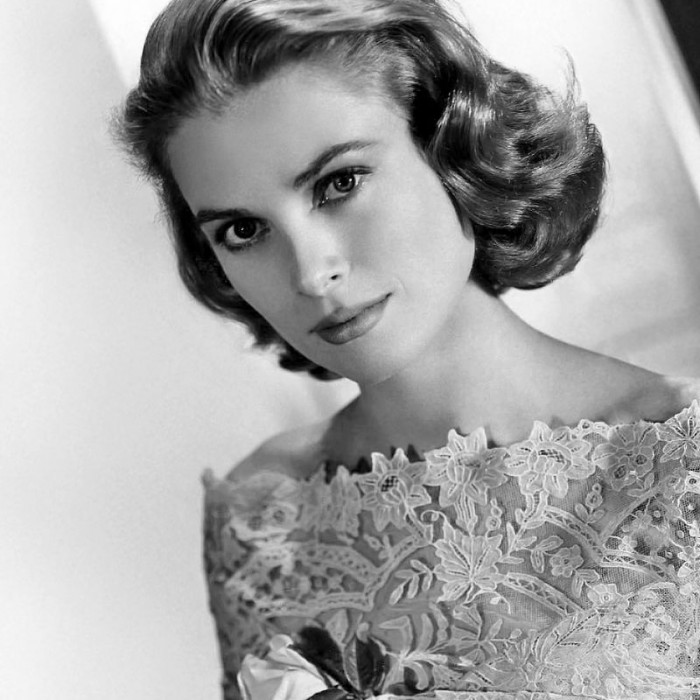 After embarking on an acting career in 1950, at age 20, Kelly appeared in New York City theatrical productions and more than 40 episodes of live drama productions broadcast during the early 1950s Golden Age of Television. In October 1953, she gained stardom from her performance in the film Mogambo, which won her a Golden Globe Award and an Academy Award nomination in 1954.

Subsequently, she had leading roles in five films, including The Country Girl (1954), for which her deglamorized performance earned her an Academy Award for Best Actress. Other films include High Noon (1952) with Gary Cooper, Dial M for Murder (1954) with Ray Milland, Rear Window (1954) with James Stewart, To Catch a Thief (1955) with Cary Grant, and High Society (1956) with Frank Sinatra and Bing Crosby.

Kelly retired from acting at the age of 26 to marry Rainier and began her duties as Princess of Monaco. They had three children: Caroline, Albert II, and Stéphanie. Kelly retained her American roots, maintaining dual U.S. and Monégasque citizenship.

She died on September 14, 1982, a day after suffering a stroke while driving her car, which caused a crash.

During her marriage, Kelly was unable to continue her acting career. Instead, she performed her daily duties as princess and became involved in philanthropic work.[45]

She founded AMADE Mondiale, a Monaco-based non-profit organization that was eventually recognized by the UN as a Non-Governmental organization. According to UNESCO's website, AMADE promotes and protects the "moral and physical integrity" and "spiritual well-being of children throughout the world, without distinction of race, nationality or religion and in a spirit of complete political independence." Her daughter, Princess Caroline, carries the torch for AMADE today in her role as President.

Kelly was also active in improving the arts institutions of Monaco, forming the Princess Grace Foundation in 1964 to support local artisans. In 1983, following her death, Princess Caroline assumed the duties of President of the Board of Trustees of the Foundation; Prince Albert is Vice-President.

The Princess Grace Foundation-USA (PGF-USA) was established, following Kelly's death, to continue the work she had done, anonymously, during her lifetime,:assisting emerging theater, dance and film artists in America. Incorporated in 1982, PGF-USA is headquartered in New York and is a tax-exempt, not-for-profit, publicly supported organization.

The Princess Grace Awards, a program of the Princess Grace Foundation-USA, has awarded nearly 500 artists at more than 100 institutions in the U.S. with more than $7 million to date. The foundation also says it "holds the exclusive rights and facilitates the licensing of her name and likeness throughout the world."

Kelly was one of the first celebrities to support and speak on behalf of La Leche League, an organization that advocates breastfeeding. She also planned a yearly Christmas party for local orphans and dedicated a Garden Club.