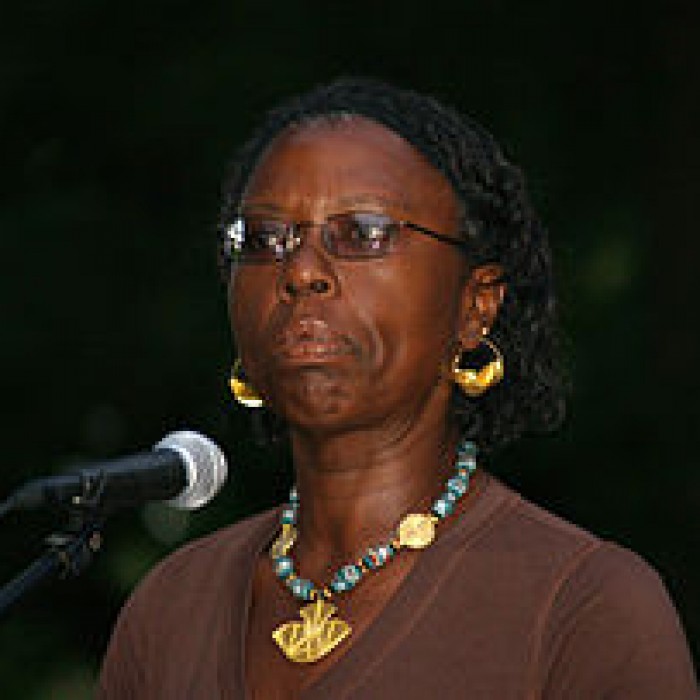 Naylor was born in New York on January 25, 1950, the oldest child of Roosevelt Naylor and Alberta McAlpin. The Naylors, who had been sharecroppers in Robinsonville, Mississippi, had migrated to Harlem to escape life in the segregated South. Her father became a transit worker; her mother, a telephone operator. Even though Naylor’s mother had little education, she loved to read, and encouraged her daughter to read and keep a journal.

In 1963, Naylor's family moved to Queens and her mother joined the Jehovah's Witnesses. An outstanding student who read voraciously, Naylor was placed into advanced classes in high school, where she immersed herself in the work of nineteenth century British novelists. Her educational aspirations, however, were delayed by the shock of the assassination of Dr. Martin Luther King, Jr. in her senior year. She decided to postpone her college education, becoming a missionary for the Jehovah’s Witnesses in New York, North Carolina, and Florida instead. She left seven years later as "things weren't getting better, but worse.”

Naylor earned her bachelor's degree in English at Brooklyn College of the City University of New York in 1981. She obtained a master's degree in African American Studies from Yale University in 1983. She was an Honorary Member of Delta Sigma Theta Sorority, Inc.