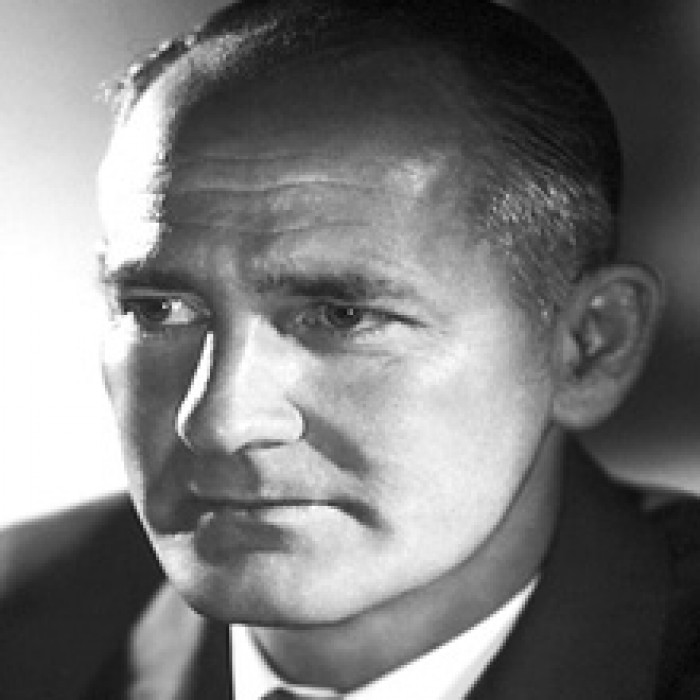 In the field of genetics, and Nobel Prize in Physiology or Medicine Nobel laureate He with Edward Tatum discovered the role of genes in regulating biochemical events within cells in 1958.

In a series of experiments, they showed that these mutations caused changes in specific enzymes involved in metabolic pathways.

These experiments led them to propose a direct link between genes and enzymatic reactions, known as the One gene-one enzyme hypothesis.

George Wells Beadle was born in Wahoo, Nebraska. He was the son of Chauncey Elmer Beadle and Hattie Albro, who owned and operated a 40-acre (160,000 m2) farm nearby.

George was educated at the Wahoo High School and might himself have become a farmer if one of his teachers at school had not directed his mind towards science and persuaded him to go to the College of Agriculture in Lincoln, Nebraska.

In 1926 he took his Bachelor of Science degree at the University of Nebraska and subsequently worked for a year with Professor F.D. Keim, who was studying hybrid wheat.

In 1927 he took his Master of Science degree, and Professor Keim secured for him a post as Teaching Assistant at Cornell University, where he worked, until 1931.

With Professors R.A. Emerson and L.W. Sharp on Mendelian asynapsis in Zea mays. For this work he obtained, in 1931, his Doctor of Philosophy degree.

In 1931 Beadle was awarded a National Research Council Fellowship at the California Institute of Technology at Pasadena, where he remained from 1931 until 1936.

During this period he continued his work on Indian corn and began, in collaboration with Professors Theodosius Dobzhansky, S. Emerson, and Alfred Sturtevant, work on crossing-over in the fruit fly, Drosophila melanogaster.

In 1935 Beadle visited Paris for six months to work with Professor Boris Ephrussi at the Institut de Biologie physico-chimique.

In 1936 Beadle left the California Institute of Technology to become Assistant Professor of Genetics at Harvard University.

In 1946 he returned to the California Institute of Technology as Professor of Biology and Chairman of the Division of Biology.

Here he remained until January 1961 when he was elected Chancellor of the University of Chicago and, in the autumn of the same year, President of this University.

After retiring, Beadle undertook a remarkable experiment in maize genetics. In several laboratories he grew a series of Teosinte/Maize crosses.

During his career, Beadle has received many honors. These include the Honorary Doctor of Science of the following Universities: Yale (1947), Nebraska (1949), Northwestern University (1952), Rutgers University (1954), Kenyon College (1955) and so on.

In 1962 he was also given the honorary degree of LL.D. by the University of California, Los Angeles. He was elected a Fellow of the American Academy of Arts and Sciences in 1946.

He also received the Lasker Award of the American Public Health Association (1950), the Albert Einstein Commemorative Award in Science (1958), the Nobel Prize in Physiology or Medicine 1958 with Edward Tatum and Joshua Lederberg, the National Award of the American Cancer Society (1959), etc.

The George W. Beadle Award of the Genetics Society of America is named in his honor.

The Beadle Center, which houses the Department of Biochemistry at the University of Nebraska-Lincoln, is also named after George Beadle.

Beadle was married twice. By his first wife he had a son, David, who now lives at The Hague, the Netherlands. His second wife, Muriel McClure (1915-1994), a well-known writer, was born in California.