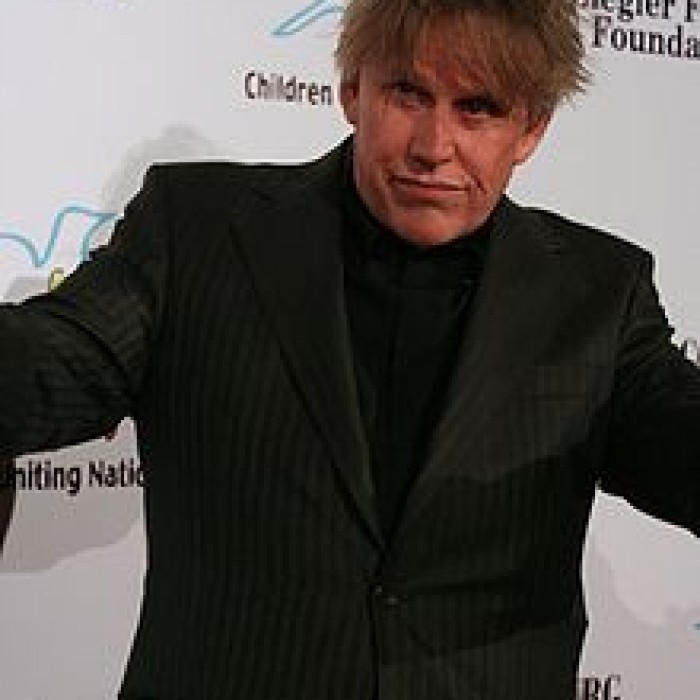 Busey was born in Goose Creek, Texas, the son of Sadie Virginia (née Arnett), a homemaker, and Delmer Lloyd Busey, a construction design manager. He graduated from Nathan Hale High School in Tulsa, Oklahoma, in 1962. While attending Pittsburg State University in Pittsburg, Kansas, on a football scholarship, he became interested in acting.He then transferred to Oklahoma State University in Stillwater, Oklahoma, where he quit school just one class short of graduation.

He played in a band called Carp, which released one album on Epic Records in 1969. Busey continued to play several small roles in both film and television during the 1970s. In 1975, as the character "Harvey Daley," he was the last person killed on the series Gunsmoke (in the third-to-last episode, No. 633 – "The Busters").

In 2003, Busey starred in a Comedy Central reality show, I'm with Busey. In 2005, he also voiced himself in an episode of The Simpsons and appeared in the popular miniseries Into the West. Busey controversially appeared in the 2006 Turkish nationalist film Valley of the Wolves: Iraq,  which was accused of fascism, anti-Americanism and anti-Semitism.

In 2014, he became a celebrity spokesperson for Amazon Fire TV. That August, he appeared in, and became the first American winner of the fourteenth series of the UK version of Celebrity Big Brother. On September 1, 2015, it was announced that he will be competing on the 21st season of Dancing with the Stars. He was paired with professional dancer Anna Trebunskaya. Busey and Trebunskaya made it to Week 4 of competition but were then eliminated and finished in 10th place.