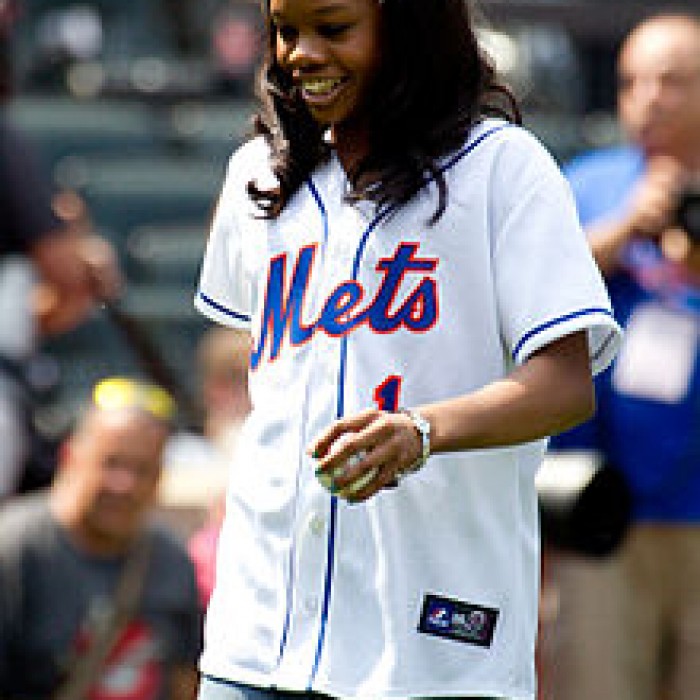 Gabrielle Christina Victoria "Gabby" Douglas (born December 31, 1995) is an American artistic gymnast. She was a member of the United States women's national gymnastics team, dubbed the Fierce Five by the media, at the 2012 Summer Olympics, where she won gold medals in the individual all-around and team competitions.

As a public figure, Douglas' gymnastics successes have led to her life story adaptation in the 2014 Lifetime biopic film, The Gabby Douglas Story, as well the acquisition of her own reality television series, Douglas Family Gold.

In December 2012, the Associated Press named Douglas the Female Athlete of the Year. She became the fourth gymnast to receive the honor.

Douglas was a nominee for the Laureus World Sports Award for Breakthrough of the Year. In June 2013, Douglas received two BET Awards for her accomplishments.