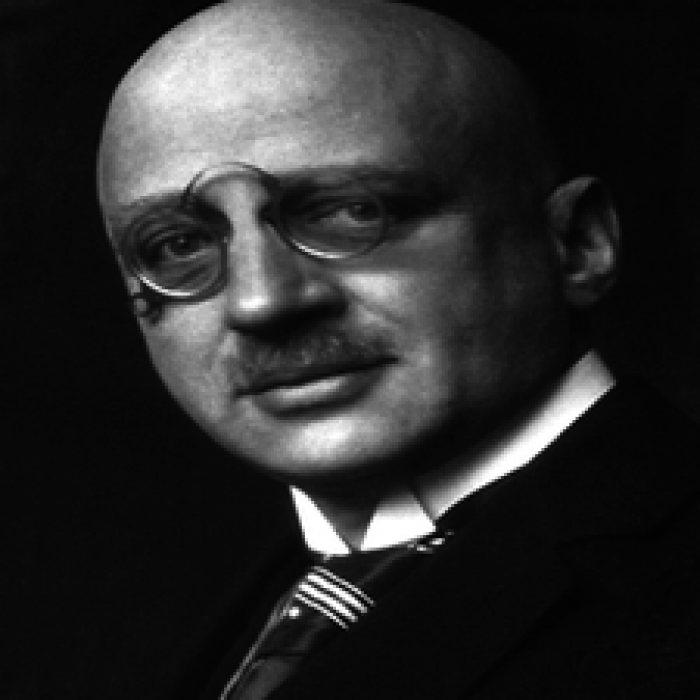 He received the Nobel Prize in Chemistry in 1918 for his invention of the Haber–Bosch process, a method used in industry to synthesize ammonia from nitrogen gas and hydrogen gas.

This invention is of importance for the large-scale synthesis of fertilizers and explosives. The food production for half the world's current population depends on this method for producing nitrogen fertilizers.

Haber, along with Max Born, proposed the Born–Haber cycle as a method for evaluating the lattice energy of an ionic solid.

Haber is also considered the "father of chemical warfare" for his years of pioneering work developing and weaponizing chlorine and other poisonous gases during World War I, especially his actions during the Second Battle of Ypres.

Fritz Haber was born in Breslau, in Prussian Silesia (now Wrocław, in western Poland), into a well-off Jewish family.

Fritz Haber was the son of Siegfried and Paula Haber, first cousins who married in spite of considerable opposition from their families.

When Fritz was about 6 years old, Siegfried remarried, to Hedwig Hamburger. Although his relationship with his father was distant and often difficult, Fritz developed close relationships with his step-mother and his half-sisters.

By the time Fritz was born, the Habers had to some extent assimilated into German society.

At age 11, he went to school at the St. Elizabeth classical school, in a class evenly divided between Protestant and Jewish students.

Fritz Haber successfully passed his examinations at the St. Elizabeth High School in Breslau in September 1886.

Although his father wished him to apprentice in the dye company, Fritz obtained his father's permission to study chemistry, at the Friedrich Wilhelm University in Berlin, with the director of the Institute for Chemistry, A. W. Hofmann.

Haber was disappointed by his initial winter semester (1886–87) in Berlin, and arranged to attend the University of Heidelberg for the summer semester of 1887, where he studied under Robert Bunsen.

He then returned to Berlin, to the Technical College of Charlottenburg. In the summer of 1889 he left university to perform a legally required year of voluntary service in the Sixth Field Artillery Regiment.

Haber then sought an academic appointment, first working as an independent assistant to Ludwig Knorr at the University of Jena between 1892 and 1894.

Haber was appointed a Privatdozent in Bunte's institute, taking on teaching duties related to the area of dye technology, and continuing to work on the combustion of gases.

In 1896, the university supported him in traveling to Silesia, Saxony, and Austria to learn about advances in dye technology.

Haber worked in a variety of areas while at Karlsruhe, making significant contributions in several areas.

On 6 December 1898, Haber was invested with the title of Extraordinarius and an associate professorship, by order of the Grand Duke Friedrich von Baden.

During his time at University of Karlsruhe from 1894 to 1911, Haber and his assistant Robert Le Rossignol invented the Haber–Bosch process, which is the catalytic formation of ammonia from hydrogen and atmospheric nitrogen under conditions of high temperature and pressure.

Haber was also active in the research on combustion reactions, the separation of gold from sea water, adsorption effects, electrochemistry, and free radical research.

A large part of his work from 1911 to 1933 was done at the Kaiser Wilhelm Institute for Physical Chemistry and Electrochemistry at Berlin-Dahlem. In 1953, this institute was renamed for him.

Haber greeted the First World War with enthusiasm, joining 92 other German intellectuals in signing the Manifesto of the Ninety-Three in October 1914.

Haber played a major role in the development of the non-ballistic use of chemical warfare in World War I, in spite of the proscription of their use in shells by the Hague Convention of 1907.

He was promoted to the rank of captain and made head of the Chemistry Section in the Ministry of War soon after the war began.

Haber was a patriotic German who was proud of his service during World War I, for which he was decorated.

He was even given the rank of captain by the Kaiser, rare for a scientist too old to enlist in military service.

Haber defended gas warfare against accusations that it was inhumane, saying that death was death, by whatever means it was inflicted.

In the 1920s, Haber searched exhaustively for a method to extract gold from sea water, and published a number of scientific papers on the subject.

Haber left Dahlem in August 1933, staying briefly in Paris, Spain, and Switzerland. He was in extremely poor health, and suffered what was either a stroke or a heart attack.

Fritz Haber bequeathed his extensive private library to the Sieff Institute, where it was dedicated as the Fritz Haber Library on 29 January 1936.

Haber received much criticism for his involvement in the development of chemical weapons in pre-World War II Germany, both from contemporaries and from modern-day scientists.

In December 2013, Haber was the subject of a BBC World Service radio programme: "Why has one of the world's most important scientists been forgotten?”