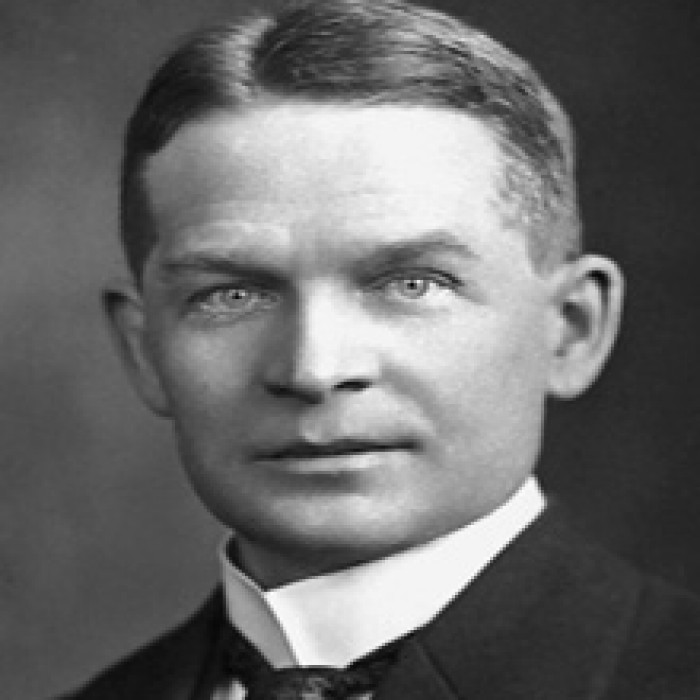 He explained, with Ernest Rutherford, that radioactivity is due to the transmutation of elements, now known to involve nuclear reactions.

He also proved the existence of isotopes of certain radioactive elements.

He went to school at Eastbourne College, before going on to study at University College of Wales at Aberystwyth and at Merton College, Oxford, where he graduated in 1898 with first class honors in chemistry.

In 1900 he became a demonstrator in chemistry at McGill University in Montreal, Quebec, where he worked with Ernest Rutherford on radioactivity.

In 1903, with Sir William Ramsay at University College London, Soddy showed that the decay of radium produced helium gas.

In May 1910 Soddy was elected a Fellow of the Royal Society.

In 1914 he was appointed to a chair at the University of Aberdeen, where he worked on research related to World War I.

In 1913, Soddy also showed that an atom moves lower in atomic number by two places on alpha emission, higher by one place on beta emission.

In 1918 he announced discovery of a stable isotope of Protactinium, working with John Arnold Cranston.

In 1919 he moved to the University of Oxford as Dr Lee's Professor of Chemistry, where, in the period up till 1936, he reorganized the laboratories and the syllabus in chemistry.

He received the 1921 Nobel Prize in chemistry for his research in radioactive decay and particularly for his formulation of the theory of isotopes.

In four books written from 1921 to 1934, Soddy carried on a "campaign for a radical restructuring of global monetary relationships", offering a perspective on economics rooted in physics – the laws of thermodynamics.

He rediscovered the Descartes' theorem in 1936 and published it as a poem, "The Kiss Precise", quoted at Problem of Apollonius. The kissing circles in this problem are sometimes known as Soddy circles.

Soddy married Winifred Beilby, the daughter of Sir George Beilby, in 1908. He died in Brighton, England in 1956.

A small crater on the far side of the Moon as well as the radioactive Uranium mineral Soddyite are named after him.