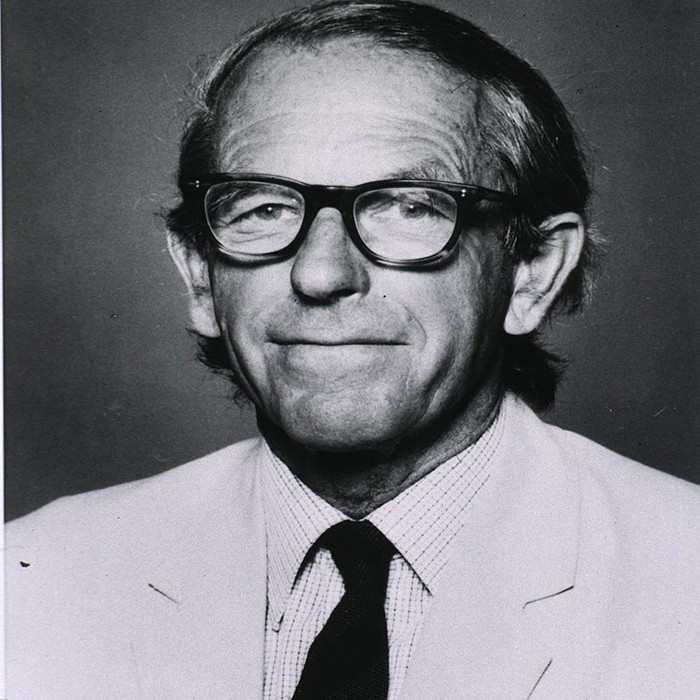 In 1958, he was awarded a Nobel Prize in chemistry "for his work on the structure of proteins, especially that of insulin".

In 1980, Walter Gilbert and Sanger shared half of the chemistry prize "for their contributions concerning the determination of base sequences in nucleic acids".

The other half was awarded to Paul Berg "for his fundamental studies of the biochemistry of nucleic acids, with particular regard to recombinant DNA".

Frederick Sanger was born on 13 August 1918 in Rendcomb, a small village in Gloucestershire, England, the second son of Frederick Sanger, a general practitioner, and his wife, Cicely Sanger.

When Sanger was around five years old the family moved to the small village of Tanworth-in-Arden in Warwickshire.

In 1927, at the age of nine, he was sent to the Downs School, a residential preparatory school run by Quakers near Malvern.

In 1932, at the age of 14, he was sent to the recently established Bryanston School in Dorset.

Able to complete his School Certificate a year early, for which he was awarded seven credits, Sanger was able to spend most of his last year of school experimenting in the laboratory alongside his chemistry master, Geoffrey Ordish, who had originally studied at Cambridge University.

In 1936 Sanger went to St John's College, Cambridge to study natural sciences. His father had attended the same college.

For his Part II he studied biochemistry and obtained a 1st Class Honours.

As an undergraduate Sanger's beliefs were strongly influenced by his Quaker upbringing. He was a pacifist and a member of the Peace Pledge Union.

Sanger began studying for a PhD in October 1940 under N.W. "Bill" Pirie. His project was to investigate whether edible protein could be obtained from grass.

Sanger changed his research project to study the metabolism of lysine and a more practical problem concerning the nitrogen of potatoes.

His thesis had the title, "The metabolism of the amino acid lysine in the animal body". He was examined by Charles Harington and Albert Charles Chibnall and awarded his doctorate in 1943.

Sanger's first triumph was to determine the complete amino acid sequence of the two polypeptide chains of bovine insulin, A and B, in 1952 and 1951, respectively.

The key challenge in the work was finding a pure piece of RNA to sequence. In the course of the work he discovered in 1964, with Kjeld Marcker, the formylmethionine tRNA which initiates protein synthesis in bacteria.

By 1967 Sanger's group had determined the nucleotide sequence of the 5S ribosomal RNA from Escherichia coli, a small RNA of 120 nucleotides.

In 1977 Sanger and colleagues introduced the "dideoxy" chain-termination method for sequencing DNA molecules, also known as the "Sanger method".

Sanger retired in 1983, aged 65, to his home, "Far Leys", in Swaffham Bulbeck outside Cambridge.

In 1992, the Wellcome Trust and the Medical Research Council founded the Sanger Centre (now the Sanger Institute), named after him.

It was opened by Sanger in person on 4 October 1993, with a staff of fewer than 50 people, and went on to take a leading role in the sequencing of the human genome.

Sanger said he found no evidence for a God so he became an agnostic.

He declined the offer of a knighthood, as he did not wish to be addressed as "Sir".

In 2007 the British Biochemical Society was given a grant by the Wellcome Trust to catalogue and preserve the 35 laboratory notebooks in which Sanger recorded his research from 1944 to 1983.

Sanger died in his sleep at Addenbrooke's Hospital in Cambridge on 19 November 2013.

In 1986, he accepted the award of an Order of Merit, which can have only 24 living members.