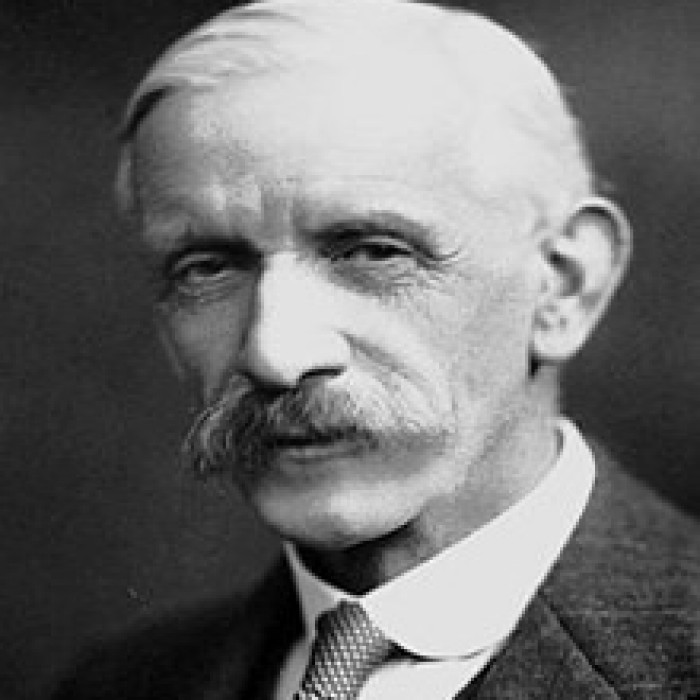 He was awarded the Nobel Prize in Physiology or Medicine in 1929, with Christiaan Eijkman, for the discovery of vitamins.

Hopkins was born in Eastbourne, Sussex, and educated at the City of London School completing his further study with the University of London External Programme and the medical school at Guy's Hospital which is now part of King's College London School of Medicine.

He then taught physiology and toxicology at Guy's Hospital from 1894 to 1898.

He earned a doctorate in physiology (D.Sc) from the University of London in July 1902, and at the same time was given a readership in biochemistry at Trinity College.

In 1910 he became a Fellow of Trinity College, and an Honorary Fellow of Emmanuel College.

In 1914 he was elected to the Chair of Biochemistry at Cambridge University, thus becoming the first Professor in that discipline at Cambridge.

Hopkins had for a long time studied how cells obtain energy via a complex metabolic process of oxidation and reduction reactions.

His study in 1907 with Sir Walter Morley Fletcher of the connection between lactic acid and muscle contraction was one of the central achievements of his work on the biochemistry of the cell.

In 1912 Hopkins published the work for which he is best known, demonstrating in a series of animal feeding experiments that diets consisting of pure proteins, carbohydrates, fats, minerals, and water fail to support animal growth.

During World War I, Hopkins continued his work on the nutritional value of vitamins.

Hopkins is credited with the discovery and characterisation in 1921 of glutathione extracted from various animal tissues.

At the time he proposed that the compound was a dipeptide of glutamic acid and cysteine.

He died on 16 May 1947 in Cambridge and is buried at the Parish of the Ascension Burial Ground in Cambridge, with wife Lady Jessie Ann Hopkins.

His knighthood by King George V in 1925; and the award in 1935 of the Order of Merit, Great Britain's most exclusive civilian honour.

Other significant honours were his election in 1905 to fellowship in the Royal Society, Great Britain's most prestigious scientific organization.