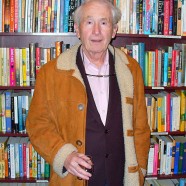 Frank McCourt was born in New York City'sBrooklyn borough, on 19 August 1930 to Malachy McCourt (1899–1985), an ex-IRAman from Moneyglass, County Antrim, andIrish Catholic mother Angela Sheehan fromLimerick (1908–1981).Frank McCourt lived in New York with his parents and four younger siblings: Malachy, born in 1931; twins Oliver and Eugene, born in 1932; and a younger sister, Margaret, who died just seven weeks after birth, in 1935. In the midst of the Great Depression, the family moved back to Ireland. Unable to find steady work inBelfast or Dublin and beset by Malachy Senior's alcoholism, the McCourt family returned to their mother's native Limerick, where they sank even deeper into poverty.hey lived in a rain-soaked slum, the parents and children sharing one bed together, McCourt's father drinking away what little money they had. The twins Oliver and Eugene died in early childhood due to the squalor of their circumstances, and two more boys were born: Michael, who later lived in San Francisco (where he was called the "Dean of Bartenders") until his death September 2015; and Alphonsus, who published a memoir of his own and passed away in 2016. Frank McCourt himself nearly died of typhoid feverwhen he was 11.