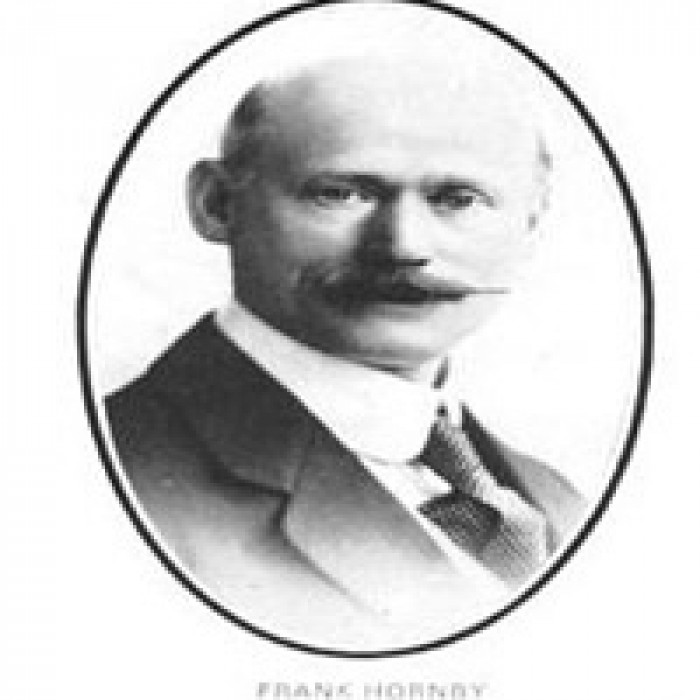 He was a visionary in toy development and manufacture, and although he had no formal engineering training.

He was responsible for the invention and production of three of the most popular lines of toys based on engineering principles in the 20th century: Meccano, Hornby Model Railways and Dinky Toys.

He also founded the British toy company Meccano Ltd in 1908, and launched a monthly publication, Meccano Magazine in 1916.

Hornby's inventions and initiatives made him a millionaire in the 1930s, and he entered politics in 1931 when he was elected as a Conservative MP for the Everton constituency.

Hornby's legacy has persisted long after his death with enthusiasts all over the world still building Meccano models and collecting his toys.

The 150th anniversary of Hornby's birth was celebrated in Liverpool and Brighton on 15 May 2013.

Born on 15 May 1863 at 77 Copperas Hill, Liverpool, Lancashire, Hornby was the son of John Oswald Hornby, a provision merchant and his wife Martha Hornby, though this date has been questioned.

At the age of sixteen, Hornby left school and started working as a cashier in his father's business.

On 15 January 1887 he married a schoolteacher Clara Walker Godefroy, the daughter of a customs officer and they had two sons, Roland and Douglas, and a daughter, Patricia.

When his father died in 1899, his father's business was closed and Hornby became a bookkeeper for David Hugh Elliot who ran a meat importing business in Liverpool.

After experimenting with new ideas in his home workshop, Hornby began making toys for his sons in 1899 with pieces he cut from sheet metal.

During 1901 Hornby began looking for companies to manufacture his product, but it was poorly finished and did not attract much attention.

Hornby now called his construction toy "Mechanics Made Easy" and after receiving a positive endorsement from professor Henry Selby Hele-Shaw, Hornby managed to secure contracts with outside manufacturers to supply the parts for his construction sets.

In September 1907, Hornby registered his famous "Meccano" trade mark and used this name on all new sets.

Meccano was exported to many countries and in 1912, Hornby and his son, Roland, formed Meccano (France) Ltd in Paris to manufacture Meccano.

In addition to Meccano, Hornby developed and manufactured a number of other model kits and toys.

In 1916, Hornby launched a monthly publication, Meccano Magazine, which remained in circulation for over sixty years, and in 1930 he formed the Meccano Guild, an amalgamation of Meccano clubs from all over the world.

By the 1930s, Hornby had become a millionaire. He owned a mansion Quarry Brook in Maghull, and was chauffeured to Binns Road every day by limousine.

Hornby died of a chronic heart condition complicated by diabetes in Maghull, near Liverpool, Lancashire,on 21 September 1936.

In his homeplace of Maghull there is a local Wetherspoons pub named after him, The Frank Hornby.

Google also celebrated the 150th Anniversary with a Google Doodle on their UK homepage on 15 May 2013.