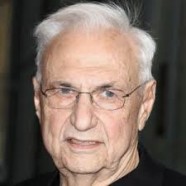 -Gehry is  known for his use of bold,postmodern  shapes and unusual fabrications ,the most famous design of gehry are  including the Walt Disney Concert Hall in Los Angeless , Louis- Vuitton Foundation in Paris-France and the Guggenheim Museum in Bilbao-Spain.

-The Gehry Partnership ,Gehry  Partners ,LLP was formed in 2001. Gehry Partners employs the large number of senior architects who have extensive experience in technicaldevelopment of building systems and construction documents  , and who are highly qualified in the management of complex projects .

-Every project undertaken by Gehry Partners is designed directly and personally by  Frank-Gehry and all of the resources of the firm's relies on the use of digital project ,a sophisticated 3D computer modeling program originally created for use  by the aerospaceindustry , to throughly document designs and to rationalize the bidding ,fabrication  and construction processes