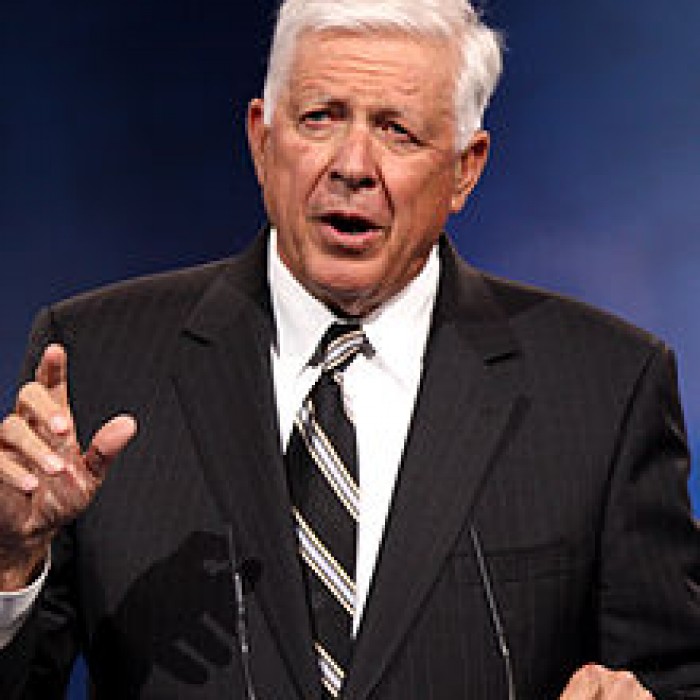 Foster Stephen Friess (born April 2, 1940) is an American businessman and supporter of conservative Christian causes. In a 2001 article, BusinessWeek suggested Friess "may be the longest-surviving successful growth-stock picker, having navigated markets for 36 years, in his own firm since 1974".

Friess was born in 1940 in Rice Lake, Wisconsin. As a student at Rice Lake High School, Friess was valedictorian of his class and a member of the basketball and track teams.

A first-generation college graduate, Friess attended the University of Wisconsin (now University of Wisconsin–Madison), where he earned a degree in business administration. As a student, he served as president of Chi Phi Fraternity, enrolled in the Reserve Officers' Training Corps, and was named one of the "ten most outstanding senior men".

Friess identifies as a born-again evangelical Christian. Despite his professional success, he was unhappy due to a "marriage flirting with divorce and emotionally distant children"; in October 1978, Friess "did one of those 'born again' things".