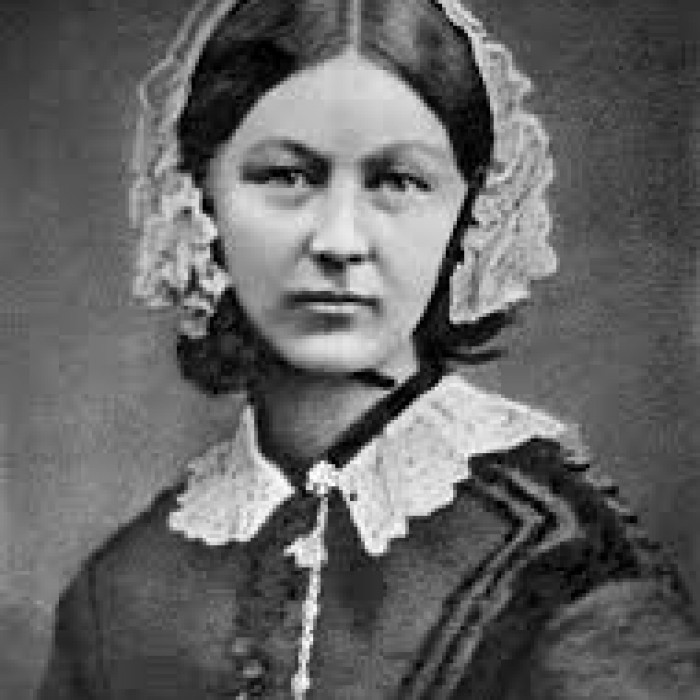 Florence Nightingale ( 12 May 1820 – 13 August 1910) was an English social reformer and statistician, and the founder of modern nursing.

She came to prominence while serving as a manager of nurses trained by her during the Crimean War, where she organised the tending to wounded soldiers. She gave nursing a highly favourable reputation and became an icon of Victorian culture, especially in the persona of "The Lady with the Lamp" making rounds of wounded soldiers at night.

Nightingale was a prodigious and versatile writer. In her lifetime, much of her published work was concerned with spreading medical knowledge. Some of her tracts were written in simple English so that they could easily be understood by those with poor literary skills.

She also helped popularise the graphical presentation of statistical data. Much of her writing, including her extensive work on religion and mysticism, has only been published posthumously.