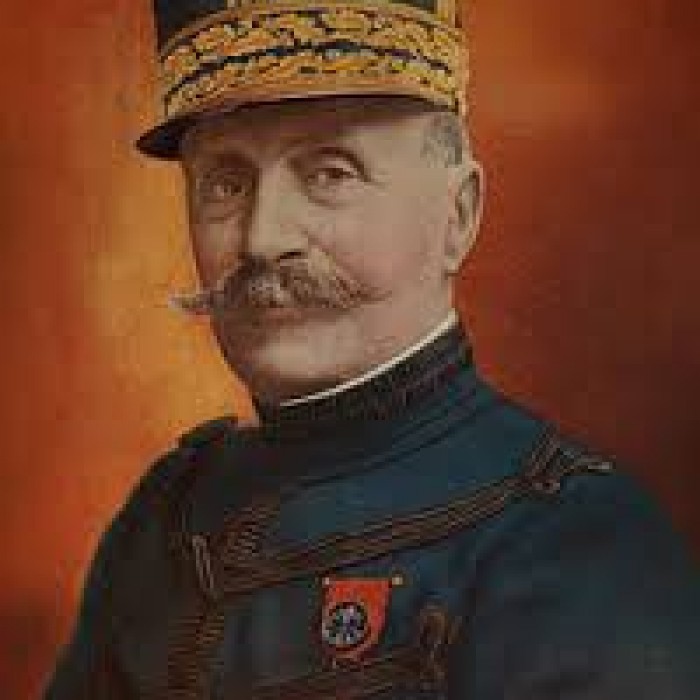 Marshal Ferdinand Jean Marie Foch (2 October 1851 – 20 March 1929) was a French general and Marshal of France, Great Britain and Poland, a military theorist and the Supreme Allied Commander during the First World War.

Foch came from a aggressive, even reckless commander at the First Marne, Flanders, and Artois campaigns of 1914-1916 to the Allied Commander-in-Chief who in 1918 successfully coordinated the French, British, American, and Italian efforts into a coherent whole, relying on attrition, rather than maneuver, and deftly handling his strategic reserves. His role as generalissimo generally receives lavish praise from historians.