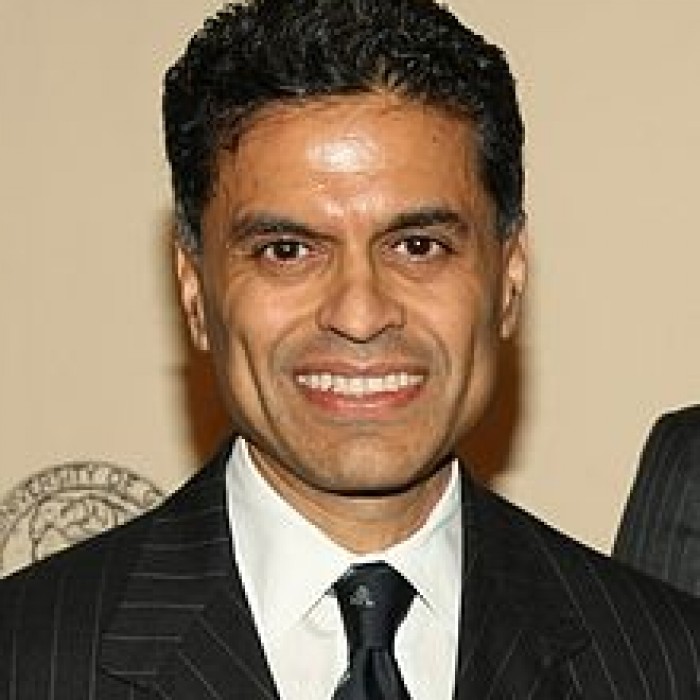 Fareed Rafiq Zakaria ( born January 20, 1964) is an Indian American journalist and author. He is the host of CNN's Fareed Zakaria GPS and writes a weekly column for The Washington Post. He has been a columnist for Newsweek, editor of Newsweek International, and an editor-at-large of Time. He is the author of five books, three of them international bestsellers, and the co-editor of one.

Zakaria was born in India to a Konkani Muslim family. His father, Rafiq Zakaria, was a politician associated with the Indian National Congress and an Islamic scholar. His mother, Fatima Zakaria, was his father's second wife. She was for a time the editor of the Sunday Times of India.

Zakaria attended the Cathedral and John Connon School in Bombay. He graduated with a Bachelor of Arts from Yale University in 1986, where he was president of the Yale Political Union, editor-in-chief of the Yale Political Monthly, a member of the Scroll and Key society, and a member of the Party of the Right. He later gained a Doctor of Philosophy degree in Government from Harvard University in 1993, where he studied under Samuel P. Huntington and Stanley Hoffmann, as well as international relations theorist Robert Keohane.