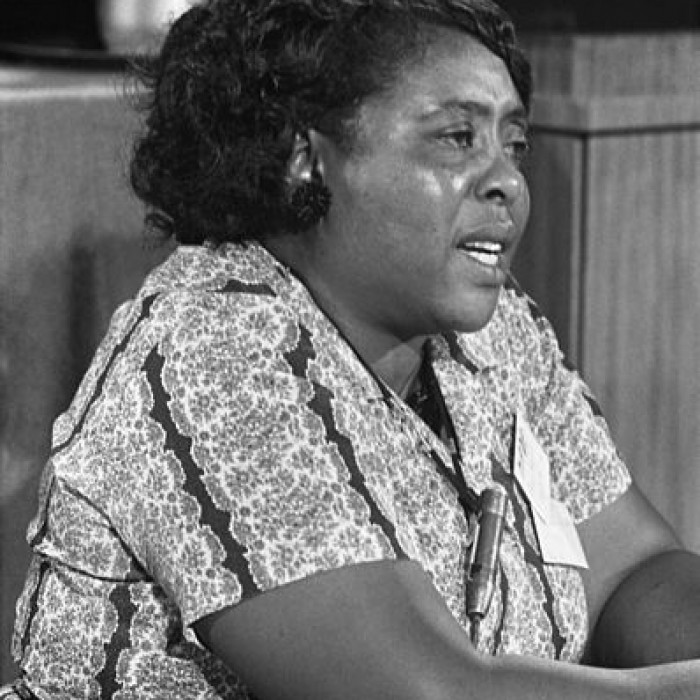 She was instrumental in organizing Mississippi's Freedom Summer for the Student Nonviolent Coordinating Committee (SNCC), and later became the vice-chair of the Mississippi Freedom Democratic Party, which she represented at the 1964 Democratic National Convention in Atlantic City, New Jersey.

Hamer was born in Montgomery County, Mississippi, the youngest of her parents', Ella and James Lee Townsend's, 20 children.

Hamer died of complications from hypertension and breast cancer on March 14, 1977, aged 59, at a hospital in Mound Bayou, Mississippi and was buried in her hometown of Ruleville, Mississippi.