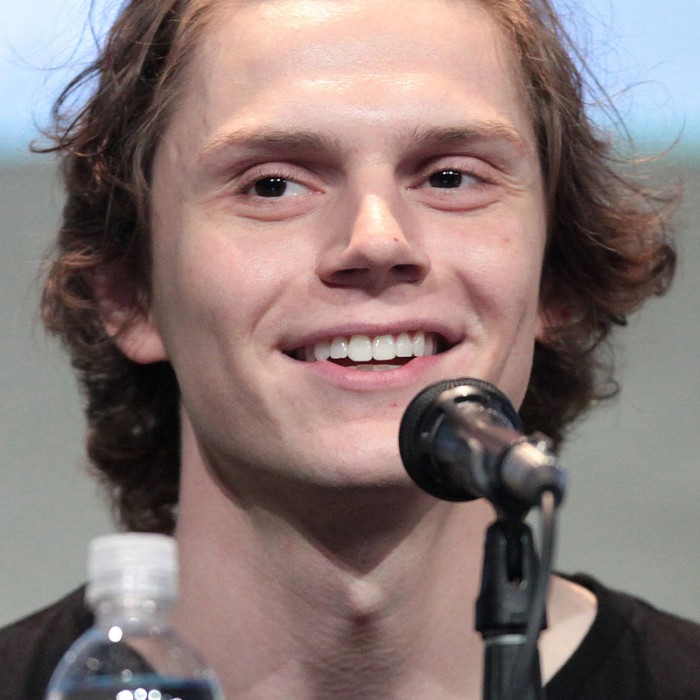 Evan Thomas Peters (born January 20, 1987) is an American actor. He made his acting debut in the 2004 drama film Clipping Adam and starred in the ABC science fiction series Invasion from 2005 to 2006.

From 2004-10, Peters starred in numerous national commercials for established brands such as Kelloggs, Papa John's Pizza and Playstation, during this time he also had recurring roles on Disney Channel's Phil of the Future and The CW's One Tree Hill. In 2010, he had a supporting role in the superhero film Kick-Ass.

He is known for his multiple roles on the FX anthology series American Horror Story, of which he has been a main cast member since its debut in 2011, and his role as the mutant Quicksilver in the superhero films X-Men: Days of Future Past (2014) and X-Men: Apocalypse (2016).

On his second audition, Peters was chosen by producer Michael Picchiottino for the role of Adam Sheppard in the film Clipping Adam. The role earned him the award for Best Breakthrough Performance at the Phoenix Film Festival. He performed in numerous television commercials for Sony PlayStation, Progressive Insurance, Moviefone, Sour Patch Kids, Papa John's Pizza, and Kellogg.

In 2004, he starred in the MGM film Sleepover as Russell "SpongeBob" Hayes, and appeared in the ABC series The Days as Cooper Day. From 2004 to 2005, he had a recurring role as Seth Wosmer in the first season of the Disney Channel series Phil of the Future. From 2005 to 2006, he portrayed Jesse Varon in the ABC sci-fi thriller series Invasion.

Peters then had supporting roles in the films An American Crime (2007), Gardens of the Night (2008), Never Back Down (2008) and its sequel Never Back Down 2: The Beatdown (2011). He has also starred in several theater plays, including playing Fagin in a production of Oliver Twist at the Met Theater. In 2008, he had a recurring role as Jack Daniels on The CW teen-drama series One Tree Hill. In addition, he landed many one episode guest spots in television series such as The Mentalist, House, Monk, The Office, In Plain Sight, and Parenthood.

In 2010, he appeared in the supporting role of Todd Haynes, the main character's best friend, in the superhero film Kick-Ass. Peters was unable to reprise his role in the 2013 sequel due to scheduling conflicts with his role in the second season of American Horror Story.