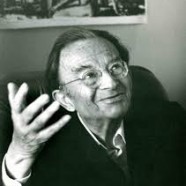 He was associated with the Frankfurt School of critical theory.

Erich Fromm was born on March 23, 1900, at Frankfurt am Main, the only child of Orthodox Jewish parents. He started his academic studies in 1918 at the University of Frankfurt am Main with two semesters of jurisprudence.

Beginning with his first seminal work of 1941, Escape from Freedom (known in Britain as Fear of Freedom), Fromm's writings were notable as much for their social and political commentary as for their philosophical and psychological underpinnings.

Indeed, Escape from Freedom is viewed as one of the founding works of political psychology. His second important work, Man for Himself: An Inquiry into the Psychology of Ethics, first published in 1947, continued and enriched the ideas of Escape from Freedom.

Fromm's most popular book was The Art of Loving, an international bestseller first published in 1956, which recapitulated and complemented the theoretical principles of human nature found in Escape from Freedom and Man for Himself—principles which were revisited in many of Fromm's other major works.