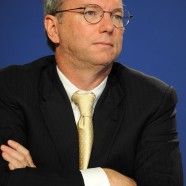 In 2016, Forbes ranked Schmidt as the 100th-richest person in the world, with an estimated wealth of $10.8 billion.

As an intern at Bell Labs, Schmidt did a complete re-write of Lex, a program to generate lexical analysers for the Unix computer operating system.